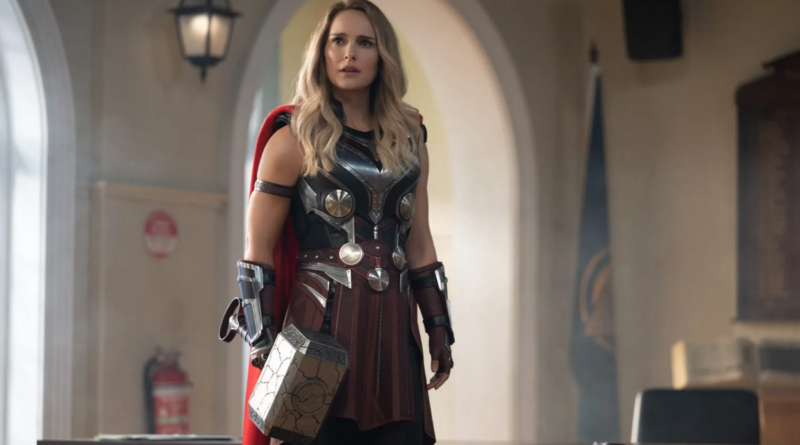 Taika Waititi has made it his goal with his Thor movies to Do The Most Possible with his take on the God of Thunder, in a way few other Marvel movies do with their own heroes. Love and Thunder appears to be following on from Ragnarok in fine form in this regard, with both its Thors—and if this taste of the soundtrack is any indication, we’re in for a treat.

Marvel’s released the first sample from Michael Giacchino’s soundtrack for the film, and just like his work on the first Doctor Strange and the Spider-Man trilogy, it’s a) ludicrously titled, and b) pretty damn solid. “Mama’s Got a Brand New Hammer” certainly feels rather evocative of our newest member of the Thor Force in the movie—Natalie Portman’s returning Jane Foster, now the Mighty Thor—but really, it also feels very much in line with the sort of ‘80s glam rock vibes this movie’s been saturated with from the moment we saw a glimpse of it.

The transition from the more-self-serious choral, almost solemn orchestral work to big synth beats and symphonic rock is likewise very much like the evolving tones of the Thor films, but also? It’s just really fun. If music was something you could get sprayed on the side of a van like a Frazetta piece, it would sound like this. I really hope we get to see Jane hammer the hell (or Hela) out of some dudes with this rocking in the background.

Not long to go before we find out if that’s the case: Thor: Love and Thunder hits theaters this week, on July 8.