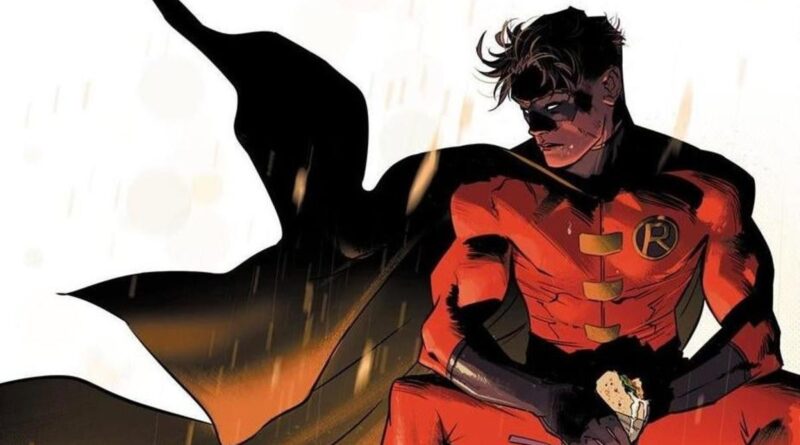 Tim Drake is getting new solo series, penned by Meghan Fitzmartin. Tim Drake: Robin, continues the story she began last year in Batman Urban Legends, where he begins questioning core aspects of his identity as ‘Robin’ and a sleuth-in-training. He also begins questioning his sexuality and eventually realizes he has feelings for one of his closest friends, Bernard.

Fan-favorite artist Riley Rossmo will be illustrating the series, which will “pull Tim center stage as a mystery over a year in the making takes shape.” The press release promises a new villain that will put his relationship with Bernard in danger. The synopsis seems to promise the kind of earnest action-comedy that fans loved in Urban Legends, while also allowing for focus and clear stakes amid the often messy muddle of politics, capes, and criminals of Gotham City.

DC is also promoting a slate of artists who are on board to capture Drake in all his costume iterations from over the years, including the One Year Later Era variant by Jorge Jimenez, a Debut Era variant by Sweeney Boo, a Young Justice Era variant by Dan Mora, and a Teen Titans Era variant by Jamal Campbell, with main cover by Ricardo López Ortiz.

Tim Drake fans can get caught up on the beginning of this story with the Tim Drake Pride Special, on sale now. Tim Drake: Robin #1 will be on sale September 27.