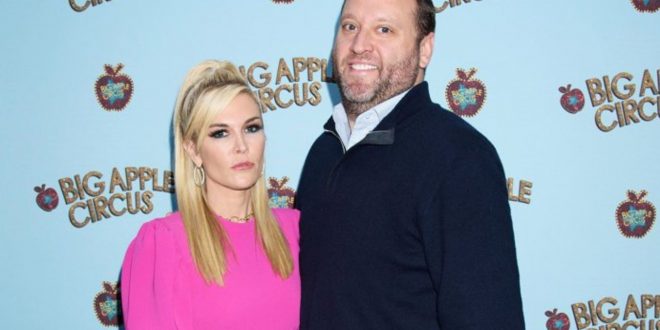 Contrary to what her ex-fiance claimed in his statement, the former ‘Real Housewives of New York City’ star is said to have no idea their relationship was over when he broke up with her.

AceShowbiz –
Tinsley Mortimer is left confused by the way Scott Kluth announced the end of their engagement. Upon learning that her ex-fiance used the press to make public their separation, the former star of “The Real Housewives of New York City” allegedly thought his move to be a weird one.

Revealing Tinsley’s reaction was Entertainment Tonight. “It’s so weird he would run to the press when he ‘hates the press,’ ” the outlet quoted a source close to the TV personality as saying. “It seems like he’s trying to control the narrative and create a timeline that’s just not true. He’s humiliating her.”

The insider claimed that the 45-year-old was “absolutely blindsided” by her ex-fiance calling off their engagement. While noting that the former couple spent time apart for the last two months, the source noted, “She did not know this was over… She obviously does not want this. She left her life for him.”

The former “High Society” regular was alleged to have just returned to the home she shared with the CouponCabin CEO in Chicago when he broke up with her. She was previously staying with her mother Dale Mercer in Palm Beach, Florida.

Scott went public with his split from Tinsley by releasing a statement to PEOPLE. “After 14 months of engagement, Tinsley and I have ended our relationship and we have been living independently for the last few months. This was an incredibly difficult decision, but it is one that I believe is best for both of us,” he said.

“I will always care about Tinsley and I sincerely wish her happiness and success in all that she does in the future,” the 40-year-old continued. “While I understand this news will be of interest to many, I ask for privacy and understanding during this time as I continue to work on recovering emotionally from the end of our relationship.”

Tinsley met Scott in February 2017 when her “RHONY” co-star, Carole Radziwill, set them on a blind date. After dating on-and-off, the pair got engaged in November 2019. At the time, he proposed to her on the steps of the Chicago Water Tower in front of a group of Christmas carolers.