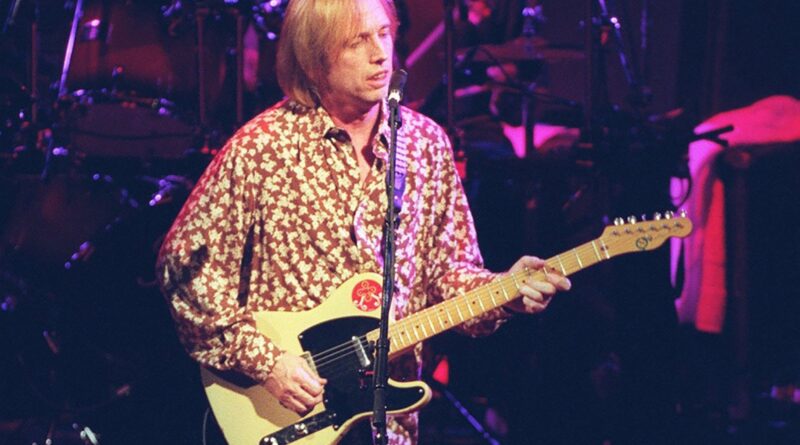 Tom Petty at the Fillmore in San Francisco January 10, 1997.

Tom Petty & The Heartbreakers’ archival release Live at the Fillmore, 1997 debuts in the top 10 across a range of Billboard charts (all dated Dec. 10), including Top Album Sales, Top Current Album Sales, Top Rock & Alternative Albums, Top Rock Albums and Tastemaker Albums. It also launches in the top 40 of the all-genre Billboard 200, arriving at No. 35 — Petty’s 21st top 40 album.

Also in the top 10 on Top Album Sales: Taylor Swift’s Midnights holds at No. 1 for a sixth consecutive week as it surpasses 1.5 million in U.S. sales while the Cure’s Wish re-enters at No. 4 after its 30th anniversary reissue. Plus, Matteo, Andrea and Virginia Bocelli’s A Family Christmas hits the top 10 for the first time as it jumps 38-5 following the trio’s appearance on CBS’ Sunday Morning (Nov. 27) and NBC’s Christmas at Rockefeller Center special (Nov. 30).

Billboard’s Top Album Sales chart ranks the top-selling albums of the week based only on traditional album sales. The chart’s history dates back to May 25, 1991, the first week Billboard began tabulating charts with electronically monitored piece count information from SoundScan, now Luminate. Pure album sales were the sole measurement utilized by the Billboard 200 albums chart through the list dated Dec. 6, 2014, after which that chart switched to a methodology that blends album sales with track equivalent album units and streaming equivalent album units. For all chart news, follow @billboard and @billboardcharts on both Twitter and Instagram.

Live at the Fillmore, 1997 – which commemorates Petty’s 20-show run at the historic theater in 1997 – sold 16,000 copies in the U.S. in the week ending Dec. 1, according to Luminate. Live at the Fillmore was available in multiple configurations (with either 33 tracks on a standard edition or 58 tracks on an expanded version) that ranged in price from a basic $20 digital download album to a $550 uber deluxe collector’s boxed set with six vinyl LPs. All versions of the album are tracked together for sales and charting purposes.

The Cure’s Wish re-enters Top Album Sales at No. 4 with 15,000 sold (up from a negligible sum the previous week) following its 30th anniversary reissue. The set, originally released in 1992, debuted and peaked at No. 2 on Top Album Sales and the Billboard 200. It’s the highest-charting effort for the act on the latter list.

Matteo, Andrea and Virginia Bocelli’s A Family Christmas vaults from No. 38 to No. 5 on Top Album Sales — its first week in the top 10 — with its best sales week yet, 14,000 (up 169%). The gain comes after the trio appeared on CBS’ Sunday Morning (Nov. 27) and NBC’s Christmas at Rockefeller Center special (Nov. 30). (The album’s title is truth in advertising: Matteo and Virginia are Andrea’s children, ages 24 and 10.)