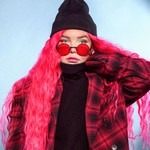 Tones And I Flies to No. 1 In Australia With ‘Welcome To The Madhouse’

Welcome To The Madhouse features the previously released songs “Fly Away” and “Cloudy Day,” which this week lifts to a new peak, up 44-31. “Dance Monkey” appeared on Tones’ debut 2019 EP, The Kids Are Coming, which peaked at No. 3 on the national survey.

“Wow wow wow! Thank you so much Australia for your ongoing love and support, I am blown away,” comments Tones on her latest chart feat. “I can’t bloody believe it, I will not be quitting any time soon. Haha.”

In a busy week for new releases, John Mayer’s Sob Rock (Columbia/Sony) starts at No. 3, for the U.S. blues-rocker’s seventh ARIA Top Ten, while Pop Smoke’s second posthumous album Faith (Universal) opens at No. 4. Faith is the followup to Shoot For The Stars, Aim For The Moon, which shot to No. 1 in July 2020.

Also making an impact on the ARIA Albums Chart this week is All Over The Place (BMG/ADA), the second set from British rapper and YouTuber KSI. It’s new at No. 6, for KSI’s second Top Ten album in a touch over a year; his debut Dissimulation hit No. 4 in June 2020.

It’s an all-Australian double this week as The Kid Laroi’s “Stay” (Columbia/Sony) locks onto a second straight week at No. 1 on the ARIA Singles Chart.

“Stay,” a collaboration with Justin Bieber, is the Sydney-raised singer and rapper’s second No. 1 after “Without You,” which this week lifts 10-9. Keep an eye on The Kid Laroi making another big splash next week. His third mixtape F*CK LOVE 3: OVER YOU drops today.