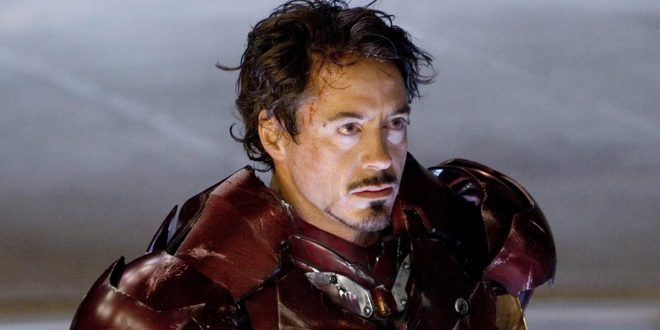 A true Marvel fan will tell you that Tony Stark is still Iron Man even without the armor. They may also follow that with full explanations regarding which of the Iron Man costumes featured in the Marvel Cinematic Universe they like the most. But, hey, who in their right mind would be able to resist that, anyway?

From his prototype suit in Jon Favreau’s 2008 MCU kick-off film, to the nanotech armor that effectively, yet fatally, helped craft an impromptu Infinity Gauntlet in the final act of Avengers: Endgame, Tony Stark, as played to perfection by Robert Downey Jr., has shown off an impressive arsenal of Iron Man suits throughout the franchise. In addition to the fact that his upgrades are frequently a response to battle damage (not to mention his own destruction of the Iron Legion), his suits have traditionally featured something fresh and exciting to unveil with each new edition, both from a technical and artistic perspective.

With that criteria in mind, I could not resist the opportunity to look back on all the suits designed by Tony Stark that made an appearance in the MCU and choose which armor I believe to be the most metal. I narrowed my choices down to the top 12 versions of Iron Man armor, ranked in ascending order, starting with one that we all wished we could carry with us when we first laid eyes on it in 2010.

This model designed for emergencies, often referred to as the “Suitcase Suit,” certainly came in handy when an unexpected attack from Ivan “Whiplash” Vanko (Mickey Rourke) on a race car track required its immediate delivery in Iron Man 2. Of course, Tony Stark would go on to improve his armor’s portability in far more advanced ways (which we will get to later). Yet, at the time, this base-level, yet effective suit that can be applied in seconds was on par with James Bond levels of cool.

After Tony Stark could no longer receive assistance from J.A.R.V.I.S., with the AI having evolved into a living life form called The Vision (Paul Bettany), a new AI dubbed F.R.I.D.A.Y. (Kerry Condon) had “her” maiden voyage in this suit used during the infamous Battle of Sokovia in Avengers: Age of Ultron. In addition to its subtle visual upgrades, particular a hexagon surrounding arc reactor, the sleek armor was equipped with repulsor blasts powerful enough to melt Ultron’s (James Spader) vibranium body… when combined with Vision’s Mind Stone beam and lightning strikes from Mjolnir, that is.

Peter Parker had his ass saved twice by Tony Stark (once remotely and once in person) in Spider-Man: Homecoming with this model. It may not have been the first Iron Man armor to introduce the remote control feature, but I greatly admire it for its water resistance, head-to-toe collapsible plating for easy disrobing, and, especially, its uniquely silver-dominant color scheme.

However, the gold-dominant color scheme of this suit makes it even more striking, in addition to the striking entrances it tends to make with its automated assembly feature. We also see Tony Stark testing out the armor’s remote piloting (and massaging capabilities) on Pepper Potts (Gwyneth Paltrow) before using it frequently in Iron Man 3. I often why Stark did not use that upgrade more often after what Steve Rogers did to a future edition.

Speaking of which, for all its reinforced durability and various weapons enhancements and additions, the one thing that Iron Man really could have used when taking on Captain America (Chris Evans) and Winter Soldier (Sebastian Stan) was a vibranium-proof barrier to protect his Arc Reactor from Cap’s shield. My favorite feature of this armor, featured prominently in Captain America: Civil War, is actually the introduction of the fully retractable helmet, giving Tony Stark much-needed extra breathing room when the moment allows.

Given that it is only the second suit Tony Stark ever built to completion, there is nothing too unique to comment on about this one (save the silver finish). What does give the Mark II armor a special edge above the previous entries is how memorably it has been used in the MCU, from Stark’s exhilarating first flight in Iron Man to James “Rhodey” Rhodes (Don Cheadle) using it against his drunken best friend in the sequel, inspiring his evolution to become War Machine. Of course, there is one memory that surpasses each of those.

Of the most essential cinematic Iron Man moments, few hold a candle to Tony Stark’s first taste of heroic glory as he epically emerged from the Ten Rings’ cave with one mean-looking prototype built with help from the also kidnapped Ho Yinsen (Shaun Toub). Despite being made from “a box of scraps,” as Obadiah Stane (Jeff Bridges) would describe it, the suit has all the basic essentials, (bulletproof armor, dual flamethrowers, jet-propelled flight) and even bears a striking resemblance to the character’s original artwork.

Of course, the first sight of what is, arguably, the definitive Iron Man look came out of a need to solve the Mark II’s flaw of dangerously freezing over. Tony Stark fixed this by incorporating a gold-titanium alloy that he was aesthetically unimpressed by at first, until it was perfected by the addition of “hotrod red,” signifying an official birth of the ultimate crimefighting outfit.

Remember how I just said that the Mark III is “arguably” the definitive Iron Man look? That is because some prefer his armor to have a triangular shape in the center of the chest plate, and they finally got their wish in Iron Man 2 after Tony Stark upgraded his Arc Reactor to prevent it from killing him with the creation a new element. It also helped that the Mark VI surpassed previous models with faster, more effective weaponry, in addition to the introduction of a powerful laser and water resistance, as demonstrated in The Avengers.

I, on the other hand, favor the one with nanotechnology over either of those. Not only does this Iron Man armor, introduced in Avengers: Infinity War, blow Tony Stark’s “Suitcase Suit” out of the water in portability (conveniently housed in a detachable unit he keeps on his chest), it is stronger, faster and equipped with more weaponry than any suit before it thanks to nanite manipulation that allows Stark the ability to create an almost endless arsenal of options. The only reason that it falls short of the suit that succeeds it, in my opinion, is that it was not the one Stark saved the world in.

That honor, of course, goes to what would be the eighty-fifth (canonically speaking) and final suit that Tony Stark ever built for himself. In addition to harboring the best upgrades of all the suits that preceded it, this model was used by Stark in Avengers: Endgame to make the ultimate sacrifice by crafting a makeshift Infinity Gauntlet with nanotechnology that could “snap” Thanos (Josh Brolin) out of existence. His declaration that he is Iron Man before the fatal move would have been a beautiful send-off, if not for the message he recorded in case of “an untimely death” for Pepper Potts and their daughter Morgan (Lexi Rabe) using his helmet’s holographic recording device.

Tony Stark has designed armor that is sleek, stealthy and convenient for transport – none of which is applicable to the Hulkbuster, which is exactly why I have no hesitation choosing it as the ultimate Iron Man suit. Piloted by Stark to take down a hulked-out Bruce Banner (Mark Ruffalo) gone rogue in Avengers: Age of Ultron (before he got a taste of what it is like to use himself in Avengers: Infinity War), this armor is big, bad and more of a monster in its own right than it is a machine, capable of causing more damage than really necessary and without much effort at all. That is the kind of thing you want in your possession when the fate of the world is at stake.

So what do you think? Do you agree that no Iron Man suit has anything on the Hulkbuster, or are you a bigger fan of Mark XLIX (a.k.a., Pepper Potts’ Rescue armor) than anything else? Let us know in the comments and be sure to check back for additional information and updates on the cinematic legacy of Tony Stark, as well as even more rankings related to your favorite moments from the MCU, here on CinemaBlend.

What is your favorite Iron Man suit from the MCU?