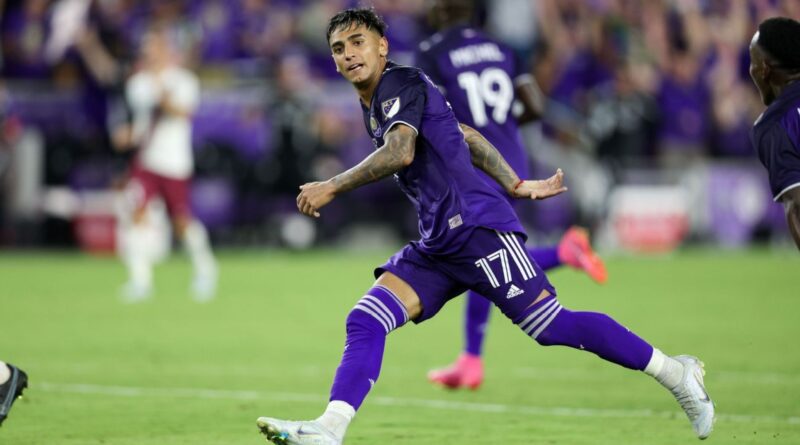 Second half goals from Facundo Torres and Benji Michel gave Orlando City SC a 3-0 win over Sacramento Republic in Wednesday night’s U.S. Open Cup final, providing Orlando with their first trophy since their 2015 Major League Soccer debut and a spot in the 2023 CONCACAF Champions League.

Sacramento held their own in the first 45 minutes, staying defensively organized against the eventual champions that had more possession but no shots on target. In the second half, Orlando ultimately broke down the Republic, leading to Torres scoring in the 75th minute and an ensuing goal in the 80th through a penalty. In injury time, Torres would step up once again with an assist for Michel’s goal in the 96th.

The Republic, second division underdogs as members of the USL Championship, appeared devastated in the final stages and failed to find the back of the net by the final whistle.

1. In the face of “spygate,” Orlando emerge triumphant

First things first, we have to give credit to Orlando. While maintaining a current playoff-worthy spot in MLS’ Eastern Conference, manager Oscar Pareja and his players have been able to battle their way through a handful of impressive U.S. Open Cup matches on their path to Wednesday’s championship.

The result over the Republic not only earns Orlando their first trophy since joining MLS, but also a much-anticipated invitation to the next edition of the CCL.

That said, already playing the role of Goliath against their lower league opponents, Orlando did little to win over any neutrals when reports came out Tuesday that a team staffer had allegedly spied on Sacramento training. ESPN’s Taylor Twellman was the first to break the news, with colleague Jeff Carlisle reporting that the Republic had filed a complaint to the U.S. Soccer Federation. No decision has been made yet from the USSF.

In the end, spying or not, it may not have made much of a difference in Wednesday’s match, but it could end up leaving a small but noticeable stain on the title if USSF confirms that an Orlando staffer was surveying the practice.

The Republic had already exceeded expectations by just stepping onto the pitch against Orlando. Leading up to the final, Sacramento were the first non-MLS finalists since 2008 that were aiming to become the first lower league team to lift the U.S. Open Cup trophy in the 21st century.

Once set to join MLS as an expansion franchise — and then put on indefinite hiatus in early 2021 — Sacramento played with a chip on their shoulder as they stunned three MLS sides in their journey to the U.S. Open Cup final.

Manager Mark Briggs and his squad didn’t allow a shot on target from Orlando until the second half, giving hope for an improbable and possible victory, but fell apart in the dying stages of the final. With space to roam, Orlando created much-needed opportunities in the final third and scored three times after the 70th minute.

Sacramento have proven that they can keep up with MLS sides, but on Wednesday when it mattered most, they came up short against a group of Orlando players that are deserving champions.

3. Torres and Michel, the difference-makers for Orlando

At just 22 years of age, Torres will go down as the young hero of the night with his two goals and assist. The winger, determined to secure a World Cup spot on Uruguay’s roster, took charge with not only his brace, but also his scrappy duels and distribution in the final third that helped find the final goal of the night.

Deserving just as much praise, and perhaps more, is Michel. After stepping in during the 61st minute, the 24-year-old American was brilliant as an active attacker that won a penalty and provided an assist before scoring in injury time.

Were it not for Torres and Michel, Orlando may have had a very different fate in the championship match.

It’s a close one between Michel and Torres, but it has to go to Michel for his instant impact off the bench through his goal, assist and penalty won. With less than a full half to play, Orlando’s hometown product was by far one of the most energetic players on the field.

Casey was quietly doing fine before his blunders that changed the entire outcome of the final. The Republic were keeping pace with Orlando until Casey gave up a ball for Torres’ first goal in the 75th. Minutes later, a reckless challenge from the defender then gifted a penalty and ensuing second goal.

The 12th man was in full effect in Orlando’s sold-out home venue.

The Exploria Stadium was electric throughout the evening and was arguably at its most lively and loudest after Orlando’s first goal went in.

After the match: What the managers, players said

“Colombia, my country, my people in my family. I’m very proud to be a Colombian who comes to this country to show that we’re good.” – An emotional Pareja after the match when asked what was on his mind after Orlando won the title.

“We came in with a four-game winning streak [in MLS] … this cup gives us some motivation to continue fighting in the league.” – Torres on the extra push that the title can provide as Orlando looks ahead to a possible playoff run in MLS.

Orlando City: A trip up to visit the best team in the MLS Eastern Conference, the Philadelphia Union, on Saturday.