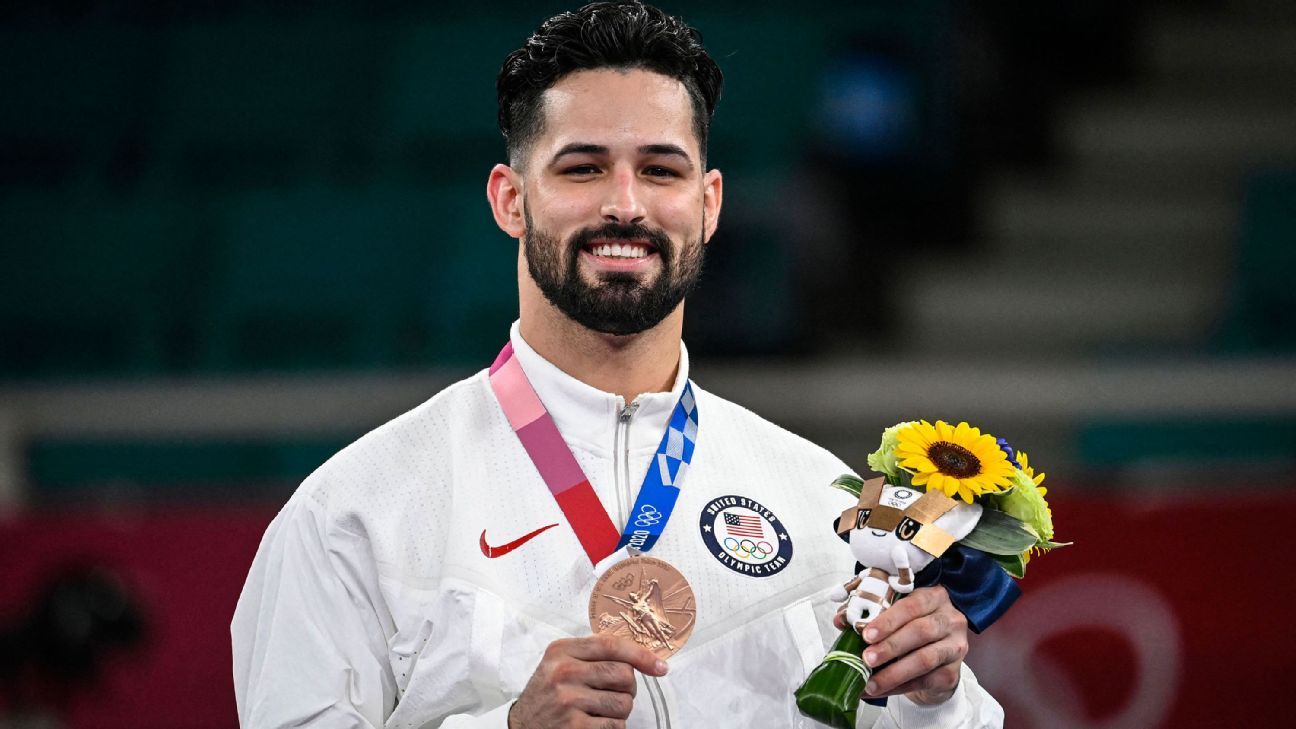 Ariel Torres won the first karate medal in U.S. history at the Olympics, claiming bronze in the men’s kata on Friday.

Ryo Kiyuna of Japan won the gold medal, beating Spain’s Damian Quintero in the final as the sport makes its Olympic debut.

Kiyuna was given a score of 28.72 for his demonstration of karate forms. His score topped the 27.66 recorded by Quintero, who went first in the final.

Aghayev’s silver is the first non-bronze medal in Tokyo for Azerbaijan, but he fell just short of winning his nation’s eighth-ever Olympic gold.

In the women’s 61-kilogram kumite, Serbia’s Jovana Prekovic beat Yin Xiaoyan of China by hantei after a scoreless final to win the gold medal.

Neither karateka could score a point in the three-minute bout, but Prekovic was chosen as the winner by three of the four judges on the tatami.

The 25-year-old Prekovic won the world championship at 61 kilograms in 2018. Her gold medal is the second of the Tokyo Olympics for Serbia.