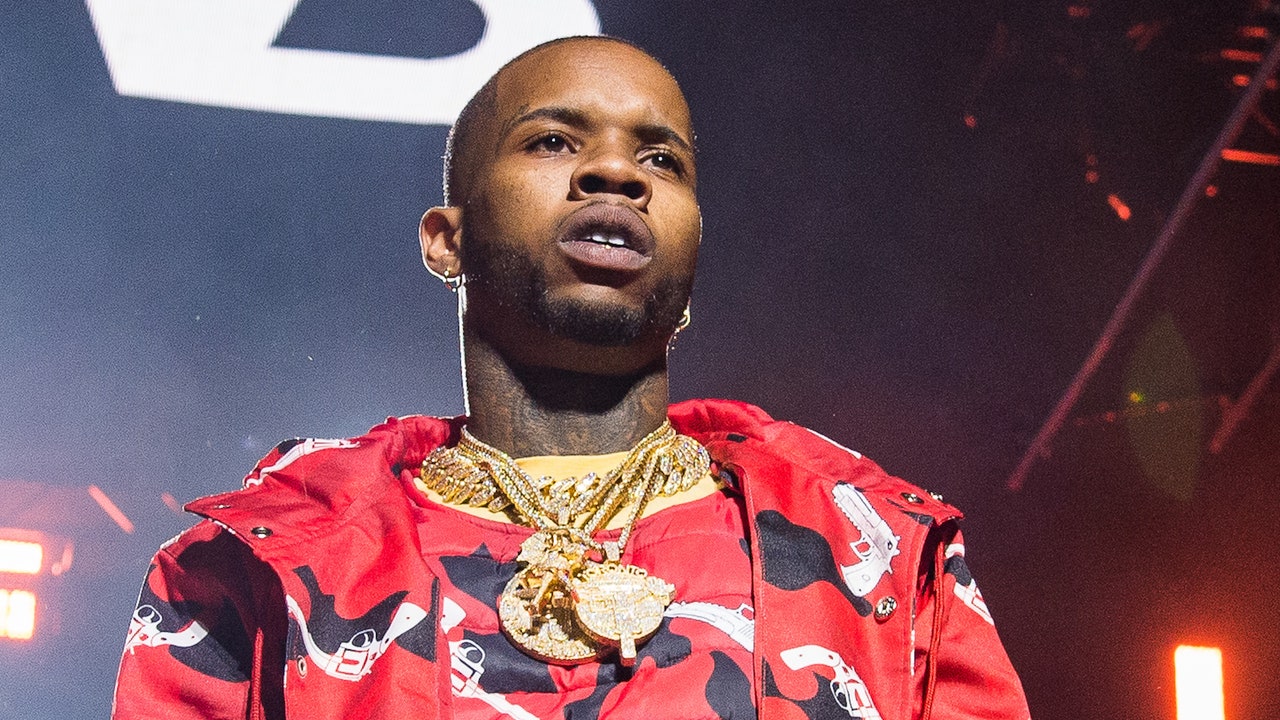 Tory Lanez has released a new album called DAYSTAR, which is essentially a concept album about Megan Thee Stallion’s claim that he shot her in July. He claims on the album that he was “framed.” “How the fuck you get shot in your foot, don’t hit no bones or tendons,” he sings in “Money Over Fallouts.”

Throughout DAYSTAR, he repeatedly references the backlash against him (and includes samples of people talking about the incident), mentions Megan’s Instagram Live comments about him, and generally references “cancel culture.” He raps that he’s “innocent” on “The Most High” and makes several references to Megan’s management team at Roc Nation.

On “Friends Become Strangers,” he alludes to his private conversations with Megan and responds to her claims about the night of the alleged shooting. “We both know what happened that night and what I did,” he raps. He mentions Megan by name on “Sorry But I Had To” and says she should’ve contacted him directly: “You could’ve asked ‘n—a what happened, did you do it?’”

He also repeatedly mentions Kehlani, referencing how she removed him from a deluxe version of her album It Was Good Until It Wasn’t. “Don’t take me off the deluxe album that no one gives a fuck about,” he raps on “Bittersweet.”

DAYSTAR addresses an incident that transpired on July 12, when the rapper was arrested on a felony gun charge in Hollywood Hills. Along with the news of Lanez arrest, it was reported by TMZ that rapper Megan Thee Stallion had been present at the location. When Megan Thee Stallion revealed that she had suffered gunshot wounds in her foot at the scene, there was widespread speculation that Lanez had shot her.

In an Instagram Live session on August 20, Megan Thee Stallion said that Tory Lanez shot her. “Yes this n—a Tory shot me,” Megan said in the video. “You shot me, and you got your publicist and your people going to these blogs lyin’ and shit. Stop lyin’. Why lie?”

During the Instagram Live session, Megan also offered more details on the July 12 incident, stating that there were four people in the SUV when an argument broke out. Megan said she then exited the car to distance herself from the argument. She then alleged that she was outside the vehicle when Tory Lanez shot at her while he was still inside the car. Megan had to undergo surgery to remove shrapnel from her gunshot wounds.