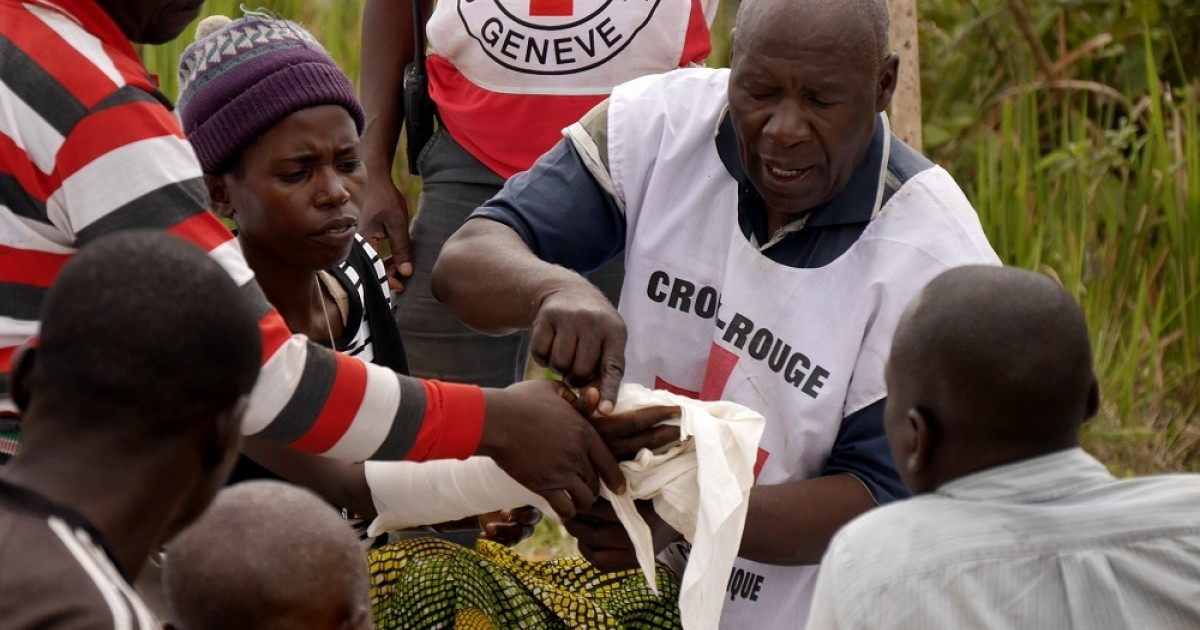 Several violent attacks in the Democratic Republic of Congo (DR Congo) have killed, wounded and displaced many. Those killed include two Ebola vaccinators.

“We are profoundly saddened by the tragic killings of people, including several Ebola responders in Mangina and Biakatou following violent attacks. We are also extremely worried by the escalating violence in Beni.”

The spike in violence in recent days has also forced communities to flee for their safety, making it easier for the virus to spread to neighbouring areas. Mangina and Biakatou are areas where there are the highest rates of Ebola cases at the moment. Red Cross teams in Beni are unable to travel due to the ongoing violence, and insecurity in other areas have put Red Cross Ebola activities on hold.

“In the last few months we have made major progress in the Ebola response: Cases are decreasing, there are less deaths in the community and a growing community acceptance and involvement in the Ebola response,” said Jamie LeSueur, the International Federation of Red Cross and Red Crescent Societies (IFRC)’s Head of Operations for the Ebola Response. “But violence and insecurity are major factors that set us back and threaten to reverse all the positive gains we have made in this response.”

More than 1,100 DRC Red Cross volunteers have been engaging with communities to address fear, suspicion and concerns; conducting safe and dignified burials, and helping improve infection prevention and control in health facilities and prisons. These teams have been critical to preventing thousands of infections and saving the many lives.

“Without Red Cross staff and volunteers having access to respond in hot spot areas, the risk of Ebola’s spread is extremely high. We’re worried about what this could mean for our frontline staff and volunteers who are risking their lives every day to engage with affected communities,” said Grégoire Mateso.

“We call on all actors to exercise restraint and respect civilians and humanitarian and Ebola responders.”