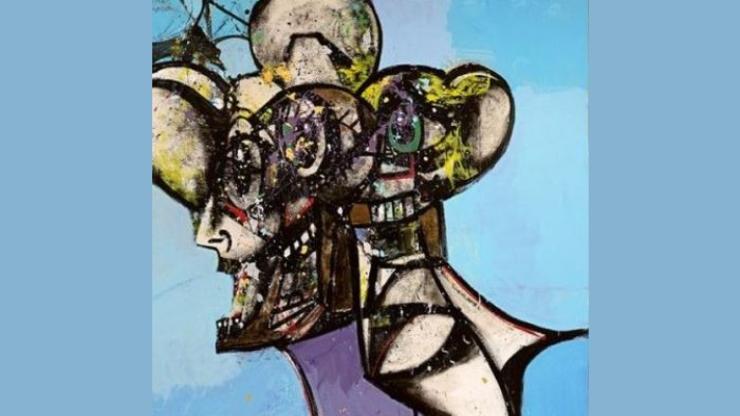 After an epic rollout, Scott finally delivers his anticipated single.

Everything that Travis Scott touches becomes a world-stopping, mind-blowing event—even the release of his new singles. We’ve watched as his Cactus Jack partnership with McDonald’s has resulted in a shortage of products for the fast-food chain, and he’s even connected with filmmaker Christopher Nolan to cook up the theme song for the recently released film Tenet. Travis Scott returns with his latest effort “Franchise,” a track that features Young Thug and M.I.A.

The rapper has also been hinting at a new project, either Utopia or Live from Utopia, but we’ll have to wait to learn if that’s a solo record or a Cactus Jack collaborative album. As if the release of “Franchise” wasn’t enough, Scott revealed that the music video’s premiere would be an IMAX experience in partnership with Nolan.

Travis also recently told Zane Lowe how he liked with M.I.A. “She reached out to me for something for her album and we tracked it in London,” he said. “She’s just one of my favorite artists as human… When I finished the song, I couldn’t think of nobody else that I could probably just maybe like, body this sh*t. You know what I’m saying? Body this sh*t like as hard as anyone else, any other rapper, any other artists. And just that presence, man. We ain’t felt this presence in a long time. I’m just trying to get this gig sh*t right man. We got to get better, right? You know what I’m saying? Like all of this, the energy man, music, beats, raps, God! Everything, she’s the illest of all time.”

Stream “Franchise” and let us know your thoughts.

Yeah, you know that (Slatt)
And when they free us out, it’s gonna be film, a Kodak (Yeah)
Shoot me pourin’ right above the rim like Pollack
I’ve been rippin’ and running, not slippin’ or slidin’, athletic tendencies