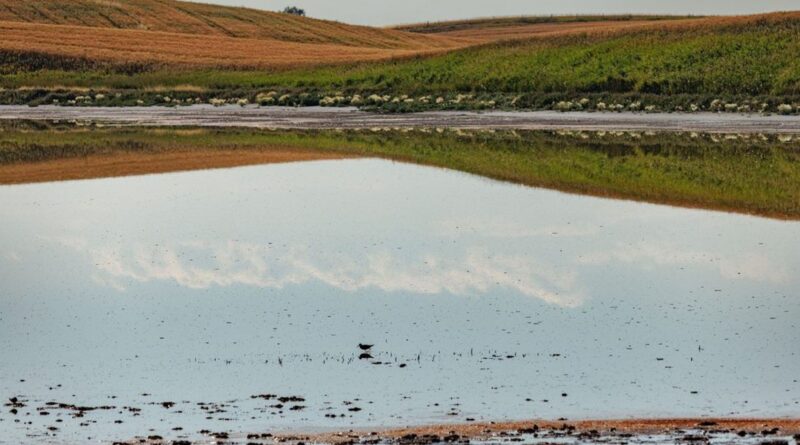 During World Water Week, Stockholm, Sweden hosted an international conference around the belief that “understanding, valuing and caring for water in all its forms will be essential for humankind’s survival.”

Meanwhile, in Stockholm, Saskatchewan and elsewhere in the province, people were getting different messages from our provincial government: stand your ground and keep a sharp eye out for “federal agents” who might be sneaking onto private land to test your water for nitrates.

Sign up to receive daily headline news from Regina Leader-Post, a division of Postmedia Network Inc.

While other governments and Indigenous water protectors take steps to defend the element that makes life possible, the Saskatchewan government issues an emergency amendment to its trespass law to make it harder for federal water samplers to do their job. For the Saskatchewan Party it was a perfect one-two punch, appealing to both separatist rhetoric and castle-doctrine property defenders. Nothing says “you’re not the boss of me” like a Saturday afternoon cabinet order aimed at federal scientists testing water quality in dugouts.

With this latest change to the trespass law, this government has demonstrated that it puts private property rights ahead of human rights, public interest, health and scientific necessity. In this case, the alleged trespass hit about every libertarian nerve in the province’s body politic: federal over-reach, property rights, environmental regulation, and the spectre of public demands to protect water, soil, and biodiversity, and to take meaningful climate action.

In the real world where the laws of physics still pertain, trespass legislation has no effect on the movement of water. Its passage through the atmosphere, the land and all living things reminds us that the lines we inscribe on the earth to mark private and public space are convenient constructs that have little to do with the ecological realities of land, water and air.

Despite persistent efforts to enclose and privatize it, water is still something that we try to govern by balancing private rights and the public interest. It is part of what is sometimes called “the commons,” the shared cultural and natural resources on which all members of society, and all economic activities, ultimately depend.

If we are to retain even a modicum of respect for our common heritage, Saskatchewan will need effective water governance, and wetlands policy that will keep our farmland and waterways healthy and diverse, and the federal government will need to continue carrying out its responsibilities to protect water quality across the country.

Lacking both good water governance and policy to protect its wetlands, our provincial government seems now to be questioning the very value of scientific water monitoring, and lawful rights of access to conduct it — vital tools for striking that balance between private and public interest.

In agricultural landscapes where pesticides and fertilizers (including manure) are applied, damaging events like blue-green algae blooms can occur. Meanwhile, rainfall carries atmospheric pollutants from agriculture and from far away industries that affect millions of acres of private land. We all benefit from adequate testing of water quality to protect our health, food and ecosystems. How else will we know the difference between practices that pollute water and those that keep it clean and healthy?

Under the Canada Water Act, Section IV, paragraph 26, federal employees have the legal authority to go onto private land to test the water—with or without permission — just as provincial food inspectors, agricultural inspectors, animal health officers and fisheries officers can lawfully access private land to perform their duties.

Premier Moe and his ministers know all of this, and they know that this kind of water testing has been going on for decades. They also know what the provincial auditor’s report said specifically, that they are the ones failing to protect the property rights of those farmers and landowners downstream when they don’t monitor and regulate illegal drainage, or follow their own legislation. As others have pointed out, it appears they simply could not pass up another opportunity to divert attention from more serious issues, while twisting the truth enough to take advantage of any private property fears in farm country.

Premier Moe’s government will undoubtedly continue to feed half-baked dreams of nationhood by coming up with grievances of perceived federal over-reach. Their Saturday afternoon amendment to the trespass act to stop federal employees from doing their jobs suggests they are testing the waters to see how much provincial over-reach the public will put up with, while fanning unfounded fears based on misinformation about the federal government’s plans to help farmers voluntarily adopt more efficient fertilizer practices. By lighting up social media to spread the lie that the federal officials were testing for nitrates, they knowingly created a situation that will hamper farmers’ efforts to fight climate change by reducing nitrogen emissions from agriculture.

Trevor Herriot is a Regina-based writer, naturalist and grassland advocate. Al Birchard is an Assiniboia-area grain farmer and National Farmers Union board member.

Want to know how we decide what to cover and how editorial decisions are made at the Regina Leader-Post and Saskatoon StarPhoenix? Get the weekly Letter From the Editor newsletter from the Editor in Chief Russell Wangersky and join the discussion on what goes into covering news and delivering commentary, both in print and online. Click here to subscribe.