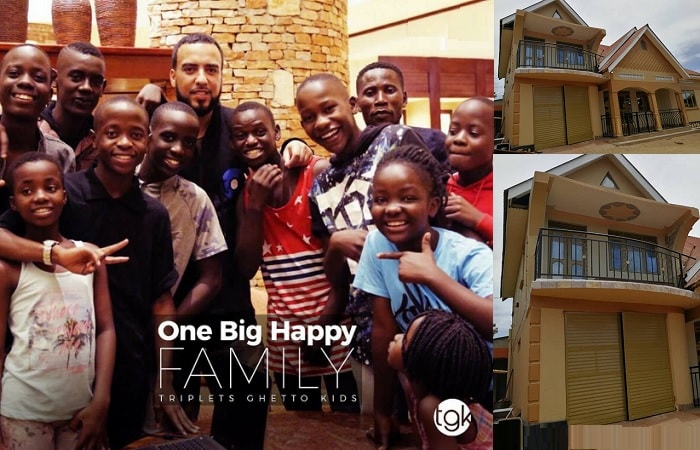 News coming in has it that The triplets Ghetto Kids are at the verge of losing their house.

This was earlier on revealed by Spice Diana who also revealed she was starting up a campaign to save the house.

Triplets’ manager; Kavuma Dauda revealed that they bought the house and paid 100M UGX in cash and were left with a debt of over 100M to be cleared in a year’s time.

“My last resort was to sell the house and buy another.” Manager Dauda said before he broke down.

Several efforts have been done to save the house including meeting the speaker of the Parliament of Uganda.

Word has it that French Montana contributed to the initial costs of the house hoping that the kids through performances would clear the balance in a years’ time.