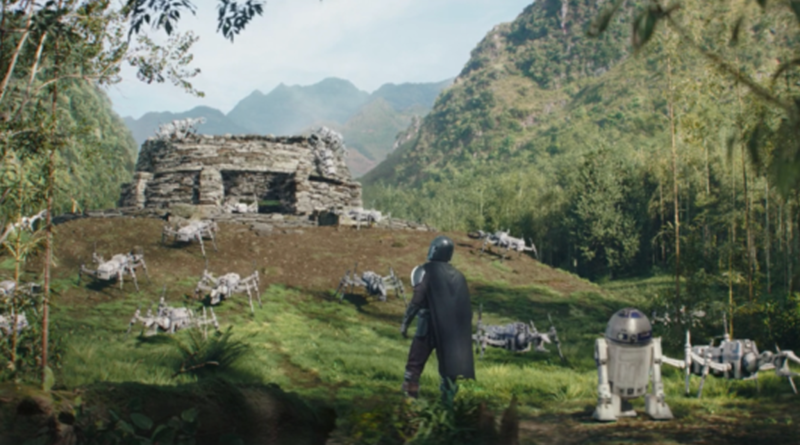 The more we get to learn about the future of the Force in a post Return of the Jedi, post Rise of Skywalker era for Star Wars, the more we’re getting echoes of its long past—and thanks to the latest novel from the galaxy far, far away, Luke’s attempts to rebuild the Jedi Order have even more connection’s to the franchise’s oldest past.

Adam Christopher’s Shadow of the Sith, the latest Star Wars novel, has become the first piece of canon media to explicitly touch on just where Luke’s Jedi Academy—glimpsed being torn down in The Force Awakens, and built up in The Book of Boba Fett—is actually located, and it turns out it’s on a planet very familiar to a certain era of Star Wars fans: Ossus.

This isn’t the first time Ossus has been namechecked in the current Star Wars continuity. It was first “returned” to Star Wars canon in the short story “The End of History,” by Alexander Freed, in the December 2014 issue of Star Wars Insider, but its largely been untouched since—although we now know we’ve technically been seeing it over the years in the sequel trilogy, Book of Boba Fett, and in comics like The Rise of Kylo Ren. The planet originated in the classic Dark Horse Comics series Tales of the Jedi, which ran from 1994 to 1998 and covered thousands of years of history of the ancient Republic, and the conflicts between the Jedi and Sith, between roughly 5,000-4,000 years before the events of the Star Wars movies.

In Tales of the Jedi, Ossus was home to vital repositories of Jedi knowledge, home to the Great Jedi Library, and had links as one of the first worlds beyond Tython that the most ancient versions of what would become the Jedi would visit and establish roots on. Although largely laid to waste during the Great Sith War when Sith magics accidentally caused a supernova in a nearby star cluster, Ossus would become vital to the Jedi once more thousands and thousands of years later after the events of the Yuuzhan Vong war, when Luke’s New Jedi Order would build a new Academy on the world to replace the one lost on Yavin IV.

Prime content
Add Showtime, Starz, Paramount+, Discovery, and more to your Prime Video account for less than $1 each for the first two months of your subscription.

Tales sits at weird relationship with continuity with current Star Wars. Like its own spiritual successor Knights of the Old Republic before it, the comic series is set in a time well far enough before the movies—even well far enough before Lucasfilm’s current ‘ancient prequel’ setting, the High Republic—that it’s not really mattered whether it’s canon to current continuity or otherwise. The events and characters of Tales of the Jedi technically have some presence in current continuity thanks to the presence of an artefact in the Fantasy Flight Star Wars roleplaying game, the Qel-Droma Epics, a purported historical document loosely describing the events of the comics as a collection of ancient poetic epics and stories. It’s also meant we’ve been able to get vague references here and there to its events and characters from Tales that, while not outright enough to particularly re-canonize events and stories, paint a broad enough picture that, if you really wanted them to have the weight of that canonical connection, you could choose to think as such and go on about your merry Star Wars fandom way. They’re legends, fables, spoken of only in hearsay. Which is kind of what it should be like, really.

It’s hard to say what exactly Star Wars will do with this connection going forward. After all, we know that Luke’s academy is fated to its untimely destruction, and it’s perhaps unlikely we’ll get to visit Ossus beyond that context any time soon. And this wouldn’t be the first time Star Wars has namechecked a very old and intriguing concept or place from the EU and then done nothing much with it beyond a name, either—Tython, one of the ancestral homes of the Jedi before the Jedi even existed, got namechecked as a hugely important place in The Mandalorian’s second season after all, and all we got was Grogu being abducted off of a rock when it actually showed up.

Maybe Tales of the Jedi will, for now, largely exist in relationship to current Star Wars canon as it has since the Epics of Ulic-Qel Droma were first touched upon in the pages of Star Wars Insider a few years ago—a source for fables and references here and there, but nothing particularly revisited. Hell, right now Star Wars is in the process of lifting its very name to use for an animated anthology that is far, far removed from those ancient stories of the Knights of the Old Republic. But maybe, just maybe, as we start getting to see more of this period of time after and beyond the Skywalker Saga, it could be a chance to revisit some of these legends again.