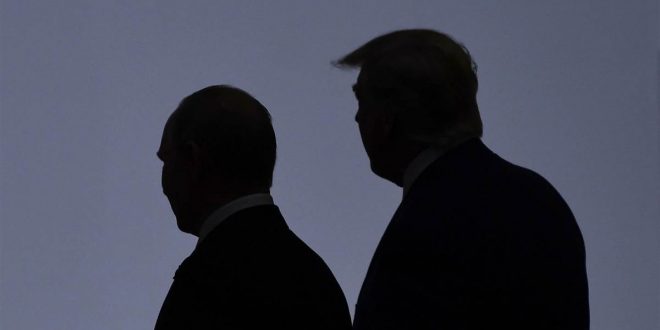 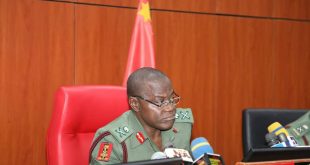 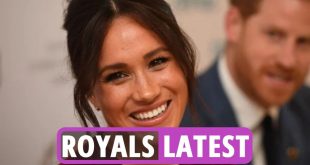 WASHINGTON — Despite repeated assertions by senior Trump administration officials that China sought to hurt then-President Donald Trump in the 2020 election, a newly declassified intelligence assessment finds that China did not seek to influence the outcome.

That is perhaps the most interesting revelation from a summary of election interference that proclaims what the government had already been telling the public: That Russian operatives didn’t hack into election infrastructure, but that Russian President Vladimir Putin authorized “influence operations aimed at denigrating President Biden’s candidacy and the Democratic Party, supporting former President Trump, undermining public confidence in the electoral process, and exacerbating sociopolitical divisions in the U.S.”

China, on the other hand, “considered but did not deploy influence efforts intended to change the outcome of the U.S. Presidential election,” the assessment says, noting that the intelligence agencies have “high confidence in this judgment.”

“China sought stability in its relationship with the United States, did not view either election outcome as being advantageous enough for China to risk getting caught meddling,” the assessment says.

One member of the intelligence community, the national intelligence officer for cyber, dissented from that finding, and argued that China did do some things online to hurt Trump. But the overall assessment does not support that conclusion.

Last fall, Trump administration officials sought to portray China as seeking to influence the election. O’Brien, for example, told reporters in September that “the Chinese have taken the most active role,” and that China had “had the most massive program to influence the United States politically,” followed by Iran and then Russia.

But the new intelligence assessment draws a distinction between China’s ongoing efforts to influence U.S. policy in a favorable direction for Beijing, and attempts to sway the outcome of the election.

China’s decision not to interfere “was informed by China’s preference for stability in the bilateral relationship, their probable judgment that attempting to influence the election could do lasting damage to US-China ties, and belief that the election of either candidate would present opportunities and challenges for China,” the assessment says.

“We assess that Beijing also believes there is a bipartisan consensus against China in the United States that leaves no prospect for a pro-China administration regardless of the election outcome,” it adds.

The assessment says Iran worked to undermine Trump. “We assess that Iran carried out a multi-pronged covert influence campaign intended to undercut former President Trump’s reelection prospects — though without directly promoting his rivals — undermine public confidence in the electoral process and U.S. institutions, and sow division and exacerbate societal tensions in the U.S.,” it says.

The assessment found no indication that any foreign actor tried to hack or otherwise compromise any technical aspect of the voting process in the 2020 election, meaning software, voting machines, vote tabulation or registration data.

In discussing Russian interference, the assessment is in line with previous U.S. government statements describing social media propaganda and disinformation and the use of cutouts to spread the Russian message, which centered around accusing Biden of corruption.

One key figure was Andriy Derkach, a Ukrainian parliamentarian with ties to Russian intelligence who was regularly speaking to Trump’s lawyer, Rudy Giuliani.

The report says Putin “was aware of and probably directed” the influence operations, including those of Derkach.

“We assess that Putin had purview over the activities of Andriy Derkach,” the assessment says. Derkach has ties to Russian officials as well as Russia’s intelligence services.”

The assessment says Derkach worked along with “Russian influence agent” Konstantin Kilimnik, a former associate of onetime Trump campaign chairman Paul Manafort, “to use prominent U.S. persons and media conduits to launder their narratives to US officials and audiences.”

Among those efforts, “they also made contact with established U.S. media figures and helped produce a documentary that aired on a U.S. television network in late January 2020.”

That appears to be a reference to an hour of programing on the “One America News Network” entitled, “The Ukraine Hoax: Impeachment, Biden Cash, and Mass Murder with guest host Michael Caputo.”

Caputo, who hosted the program, is a longtime Trump associate who served as a spokesman for the Department of Health and Human Services. He left the job amid a controversy over remarks urging Trump supporters to prepare for armed insurrection. He did not immediately respond to a request for comment.

“This report highlights the ongoing and persistent efforts by our adversaries to influence our elections, which all Americans should be informed about,” Senate Intelligence Committee chairman Mark Warner, D-Va., said in a statement. “I believe that the intelligence community has gotten much better at detecting these efforts, and we have built better defenses against election interference. But the problem of foreign actors trying to influence the American electorate is not going away.”