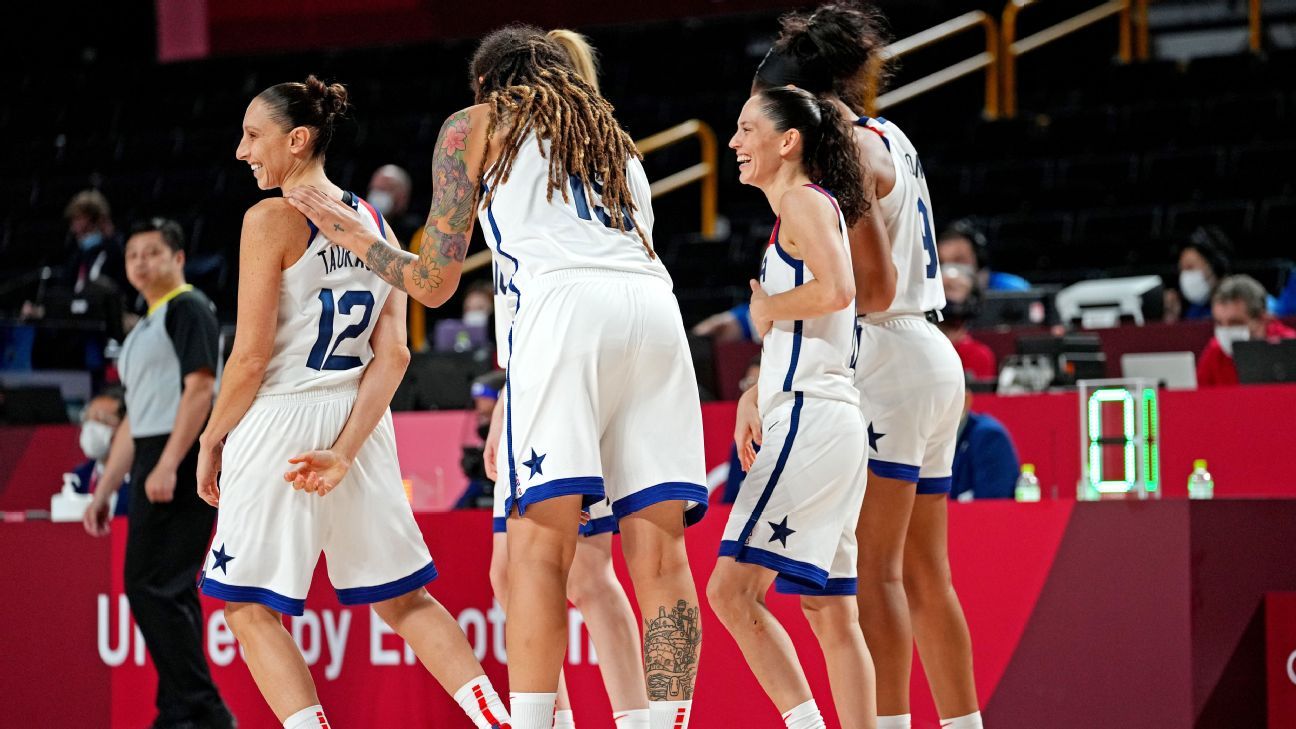 SAITAMA, Japan — With smooth execution that has gotten more impressive as the Tokyo Olympics have gone on, the U.S. women’s basketball team earned a chance to play for a seventh consecutive gold medal with a 79-59 victory over Serbia on Friday.

The Americans had a clear and concise game plan for Serbia, which was the 2016 bronze medalist and won the coveted Eurobasket title earlier this summer, and it centered on setting up their star post players.

Whether it was Brittney Griner, who came into the game shooting 69% from the field in Japan and finished with 15 points and 12 rebounds, A’ja Wilson on the block or Breanna Stewart cutting to the rim, the plan created advantageous positions.

By the fourth quarter the Serbians had had enough, opting to just foul Griner when she got the ball inside. In a moment that defined the game, Serbia forward Dragana Stankovic slapped Griner’s arms out of frustration to stop another shot. Griner just shook her head with an annoyed smile.

“We do emphasize getting [Griner] the ball,” Team USA coach Dawn Staley said. “She’s in great shape and she wants the ball. She’s very competitive and wants to do well. And when all those things are lining up, you play your best basketball and she’s playing her best Olympic basketball.”

The Americans will next face Japan, which defeated France 87-71 to advance to the women’s basketball gold-medal game for the first time in the country’s history.

The U.S. made 10 baskets in the paint in the first half alone (18 for the game) and then looked to run after getting stops for easy baskets. Stewart, who runs the floor brilliantly, knew she had a speed advantage on the Serbians, and she ran the floor every chance she saw and repeatedly was able to get easy baskets. Stewart finished with 12 points, 10 rebounds and three assists.

“This is exactly where we want to be, so now everything is on the line,” Stewart said. “Right now there is so much pressure going for seven straight [golds] that you kind of get lost in what’s actually happening and not enjoying being at the Olympics, and I think we did that. We came out and we had fun.”

Serbia came in with the fourth-best team 3-point percentage in the Olympics but found no airspace against the USA’s long defenders. The Serbians missed their first seven 3-point tries and started the game 6-of-22 from the floor, aiding the U.S. in building an 18-point lead in the first half. Serbia managed just 30% shooting for the game.

The only downside to the Americans’ day was that veteran guard Diana Taurasi limped off the court in the third quarter with a hip injury and didn’t return. She said afterward that the injury was something she was managing and that she would be ready for Sunday’s game.