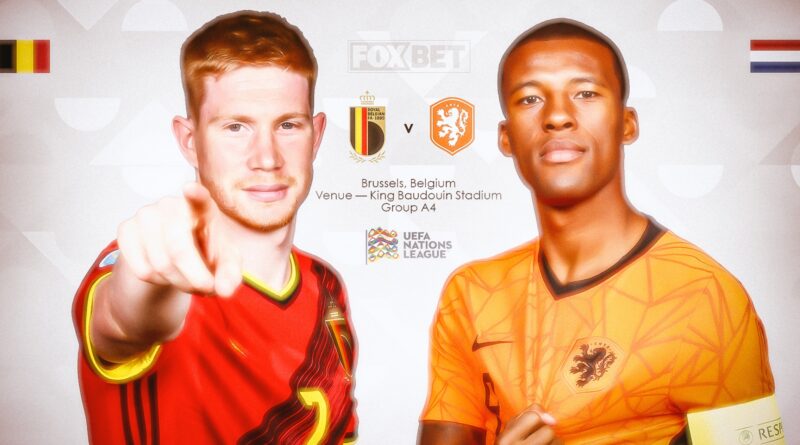 Belgium and Netherlands face off in a UEFA Nations League match on Friday afternoon. The Group A4 matchup features two squads who are also prepping for the 2022 World Cup.

The match kicks off 2:45 p.m. ET Friday, June 3 at King Baudouin Stadium and will be broadcast on FOX and FS1.

So which squad gets the win in their first UEFA Nations League appearance of the season?

Here’s how to bet the Belgium-Netherlands match — moneyline, draw, over/under total odds and best bet from our expert.

At FOX Bet, both teams’ current World Cup odds are +1200, which ranks among the top 10 of all countries. As for scoring, Belgian’s Romelu Lukaku (+1600) is one of the favorites to take home the Golden Boot in Qatar. Essentially, fans and bettors can expect a thrilling competition between some of the world’s most athletic footballers.

When it comes to these two teams, of the 127 times they have met, the Netherlands have won 55 matches and there have been 31 draws. However, per FOX Sports Research, Belgium is unbeaten in its last eight contests against the Netherlands.

“Draws in Wales and Ireland got Belgium (+110) knocked from the top spot in the FIFA ranking a few months back, but it’s still hard to see the Dutch (+180) getting anything from Friday’s match in Brussels,” McIntyre stated. “The Red Devils are better. The Netherlands are their blood rival, and Belgium’s Golden Generation of Kevin de Bruyne, Eden Hazard, Romelu Lukaku & Co. has owned the Oranje over the years.

“In fact, while the Netherlands boasts a 55-41 advantage (the other 32 meetings ended tied) in the all-time series, they haven’t beaten the Belgians in a quarter-century.”

So are you going to wager the Dutch to get its 56th win over Belgium, or are you taking the Red Devils to keep their streak alive and topple their opponent? Head over to FOX Bet to get in on the action now!

Get more from UEFA Champions League Follow your favorites to get information about games, news and more.