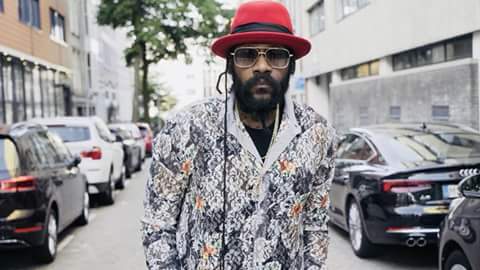 Jamaican artiste Tarrus Riley has cime out to endorse Uganda as the pearl of Africa after having a wonderful performance at the SwangzAllstar Concert.

“Uganda is definitely a PEARL and I’m thankful for all the love we received and will be back soon enough.” He said

Tarrus advised those that had cancelled there plans to travel to Uganda because of the political situations they see on Tv to should revise their decisions saying, these are just rumours.

Uganda has recently been in news worldwide following the arrest and torture of famous politician Bobi Wine, beating and killing of civilians by military police during riots as well as denial of access to better treatment abroad to Bobi Wine and MP Zaake among others.

However, it is on the same Tarrus Riley event that revelers threw bottles and stones at musician Bebe Cool forcing him offstage allegedly for the statements he has made concerning the political situation in the country.

”
Every country in this world has it’s own problems and the media choose to amplify what they want about where they wantwant.” He added

He could not wait anymore but also break the news of his upcoming single “Pearl Of Africa” which he composed after hearing so much rumors of him not turning up for the show. He actually performed the song at the event. Tarrus promises to out the video and audio in a few days.