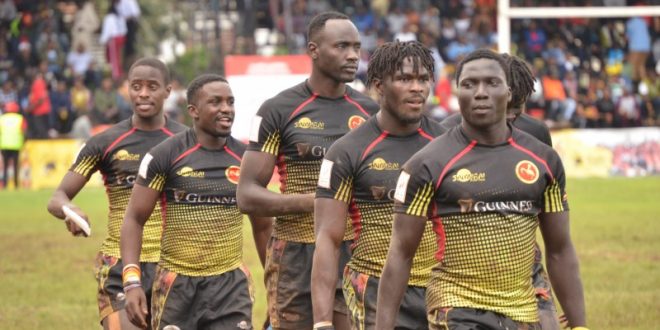 The Uganda Rugby Cranes Coach, Tolbert Onyango has summoned a squad to train ahead of the Challenger Series in Chile and Uruguay this year. The team will have its first training session on 7th January 2020 at Kyadondo Rugby Grounds.

The 17-man squad that has been summoned for sevens training is comprised of fifteen experienced players and two debutants, Alex Aturinda and Kevin Balagadde.

“The two debutants have done well in the past couple of months in the league and Uganda Cup and have potential to be great sevens players and we are hoping to get them up to speed with the rest of the lads.”- coach Tolbert added.

Uganda is among the 13 teams that have been invited to participate in the two Challenger Series tournaments to be held on the 15th/16th February in Chile and the 22nd/23rd February 2020 in Uruguay.

The best 8 placed teams from the 13 Challenger Series teams as a result of combined points accumulated across the 2 events, will qualify to Hong Kong to participate in the HSBC World Series Qualification Tournament. This will be held in conjunction with the Hong Kong leg of the Sevens Series (3rd – 5th April 2020).