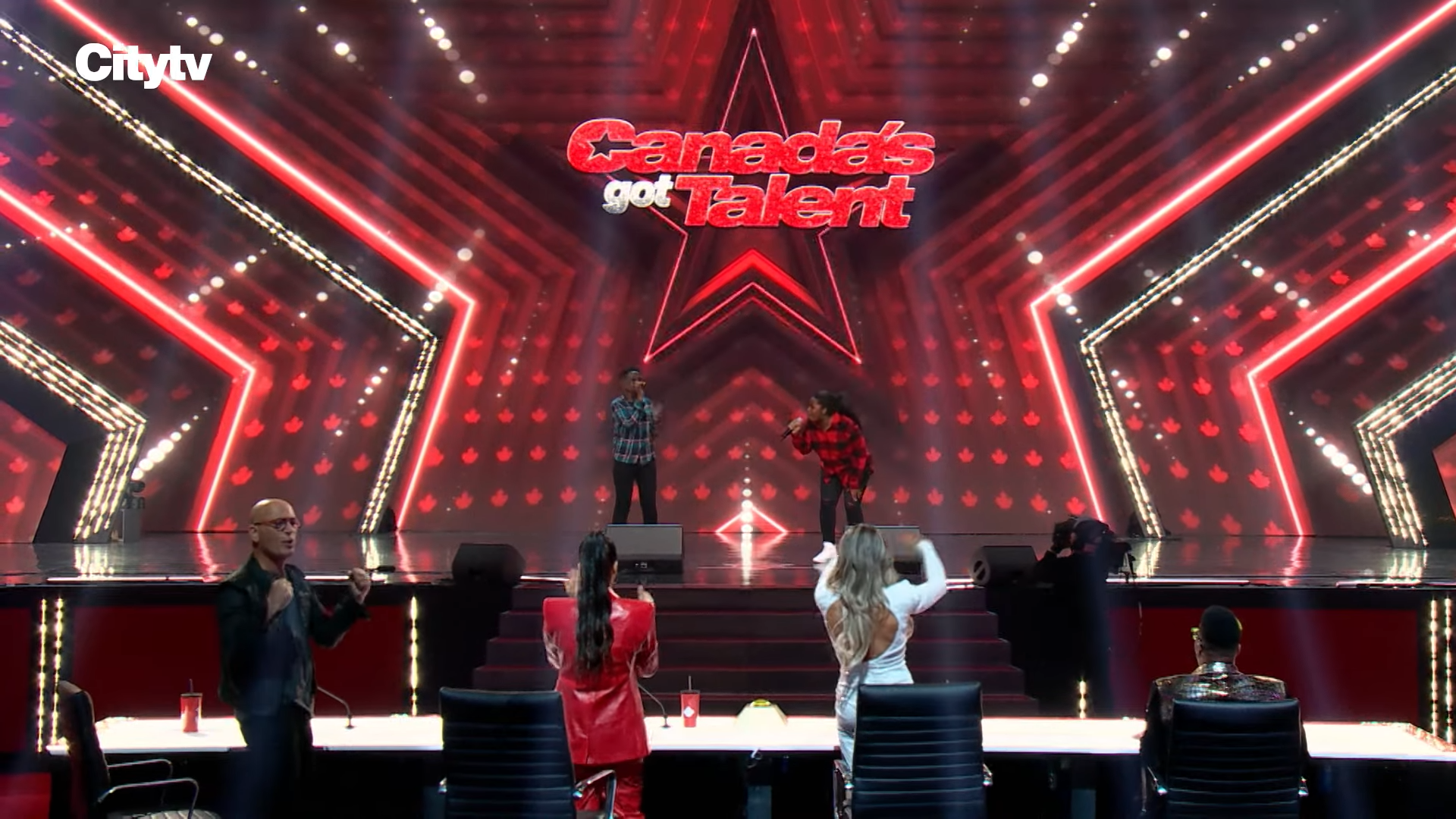 17 year old Esther and 13 year Old Ezekiel have finally made it to Canada Has Got talent (CGT) auditions season 3 that premiered in March, a thing they must have dreamt of. Since arriving in Canada, they have their heart set on winning CGT and their cover of Jordin Sparks ‘No Air’ proves they actually could do it!

On their first appearance, the kids could not believe it as Ezekiel asked Cleary, “Are we really here?” Off they set with their magical performance that got all the judges wowing!

The two were applauded by for complementing each other as they performed Jordin Sparks’ “No Air” with some people saying they deserved a golden buzzer.

With a very clear musical background, the two commended their mum for always being there for them to support them and guide them whenever they had a performance. This kept happening even for the five years when they were not with here (she had moved to Canada).

“Canada has produced some remarkable talent over the years and I’m delighted it now has its own Got Talent showcase,” the former American Idol judge said in press release. “The standard of contestants on the show has been great this season, so I really wanted to see it for myself. The finale is the perfect opportunity so I can watch the best of the best compete and judge for myself.

Created by Cowell, the Got Talent franchise is the most successful reality TV format ever, airing in 194 territories worldwide and holding the Guinness World Records title for the highest number of adaptations, having been commissioned in over 72 territories. Cowell is a driving force behind the launch of more superstar careers than any other in history, including the likes of One Direction, Camila Cabello, Leona Lewis, and Fifth Harmony.