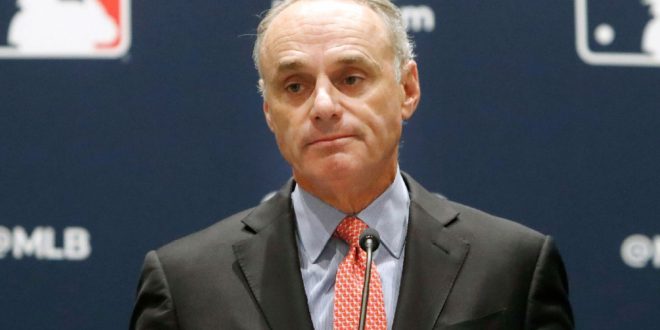 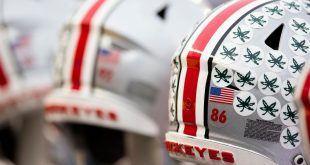 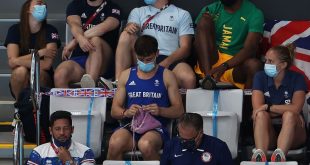 How’s it going so far? Depends on who you ask.

While players throughout baseball have offered several different takes — many have been outspoken and demonstrative, both in their media availabilities and in their mannerisms on the field — one person is unfazed by the fallout, and is as determined now as he was last week.

That’s the man in charge of it all.

In an interview with The Athletic this week, in fact, the commissioner expressed satisfaction with early returns … or lack thereof.

“My view is the first two days have gone very well,” he told the website on Wednesday. “We’ve had no ejections [for foreign substances], players in general have been extremely cooperative, the inspections have taken place quickly and between innings. Frankly, the data suggests that we are making progress with respect to the issues [in spin rate] that caused us to undertake the effort in the first place.”

At the same time, Manfred — aware of the reaction around both leagues — realizes there is work ahead.

On Tuesday, Philadelphia Phillies manager Joe Girardi asked umpires to check Washington Nationals starter Max Scherzer for sticky substances. The Phillies suspected that Scherzer — who was touching his sweaty hair often, as he traditionally does — was doing something that could be looked into.

“It was suspicious for me,” Girardi said.

Which was bothersome to Scherzer. By the third check, in fact, he had enough, tossing his glove and hat to the ground, unbuckling his belt, and saying “I got nothing” repeatedly.

“I understand the incident in Philadelphia was less than ideal, but that was one incident,” Manfred said. “And we expect that we will continue, as the vast majority of cases so far, without that kind of incident.”

While players, Scherzer among them, have turned their media availabilities into rants about the protocols, Manfred maintains his stance, and is steadfast in that communication from the commissioner’s office has been efficient and effective.

“We were really transparent from the beginning of the year that this was an issue of concern to us and that things needed to change,” he said. “That’s why we were collecting information. We were clear in the March memo we sent out if things didn’t change, there was going to be discipline. … Around the owners meetings there was a ton of publicity around the fact that things had not changed. In fact they had gotten worse.

“I just don’t see any secret about where this was headed and I know for a fact there was plenty of opportunity for input in the process.”

On Wednesday, New York Yankees reliever Zack Britton, along with Scherzer — both members of the players’ association’s executive subcommittee — called on Major League Baseball to end on-field checks by umpires and replace them with monitors who would conduct inspections in clubhouses, dugouts and bullpens.

“If I’m a young kid at the game and I’m asking my dad, ‘Well, hey, what’s going on? Why they getting checked?’ What he’s going to say? ‘Well, they think everyone’s cheating,'” Britton said before the Yankees hosted the Kansas City Royals. “I mean, is that what we want the game to be about, like we’re assuming you’re cheating? I just think it’s a bad look.”

He’s not alone in that thinking, as people around the game examine the long term. Kansas City manager Mike Matheny warned opponents that if they act like Girardi and ask umpires to check Royals pitchers for sticky substances, it would provoke his team.

Manfred is aware of it all, and remains open to further communication. When pressed about the long-term plans, he was confident, yet guarded on Wednesday.

“I don’t like to put my feet in the sand. We are two days in,” he said. “I just don’t have enough information to tell you that it’s ironclad or that it’s going to change.”

Some of that thought process, perhaps, could change as more players speak out.

“I just think the optics are just absolutely embarrassing for our game, and that’s not what I want to wake up and read about regarding our game in the morning,” Britton said. ” … There’s a better way to do it. But it takes more than just me or other players saying it. It takes talking with MLB and sitting down and hashing something out to where we can enforce rules but not in the way that it’s being enforced.”

Of course, there’s the potential — especially with social media being such a presence across baseball — that some of the on-field episodes do tarnish the game’s image. That should be a concern both in clubhouses and the commissioner’s office.

On Tuesday, Oakland reliever Sergio Romo was checked by the umpires after pitching the seventh inning. The veteran right-hander flung his belt onto the turf and dropped his trousers, raising the questions on if broadcast partners should limit coverage of the checks.

“In putting the plan together, we tried to come up with a plan that was … unobtrusive as possible given the practicalities of the game and the need to move the game along,” Manfred said. “We thought the checks between innings was a good way to de-escalate them, [but] maybe is the right word [to use]. I don’t think practically we can tell broadcast partners to not cover something that’s on the field.”

Some pitchers — Yankees ace Gerrit Cole, for instance — have been outspoken in Manfred’s visibility throughout all of this. Cole, after a start last week, implored MLB to talk to him and the pitchers around the game who have to grip the ball and find ways to keep up with the system.

The media plays into this as well. Will Manfred be open and available to talk through these issues as the system moves forward?

Manfred is aware of the asks. And he wants all of baseball to know that he’s not going to hide.

“Every year since I’ve been commissioner, with the exception of last year, I have had at least two availabilities a year,” he said. “I fully expect this year I will get back on my regular routine.

“I have not been reluctant to talk on this topic. When people call, I am taking the call.”