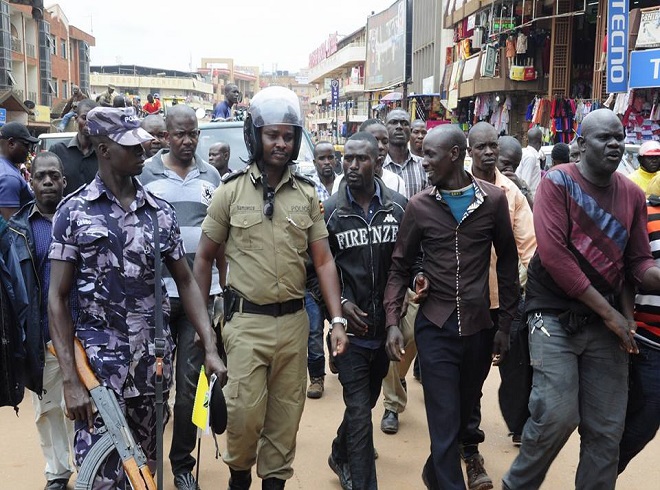 Police has today confirmed that the 36 people who were arrested from USAFI mosque in Kampala  will be facing different charges for the crimes they committed.

Among these who were arrested on 28 April 2018  are those with crimes like defilement , murder of the late Susan  Magara and kidnapping among others. According to the law, a suspect must be taken to court within 48 hours.

Speaking to the journalists at the Uganda media Centre ,Police Vice Spokesperson Patrick Oyango said these people are going to be taken to the court very soon but police we had so many things to investigate about.Among these are the suspects of the Susan Magara murder who led police to the scenes were the crimes happened.

“we know that we have only 48 hours for the person who has been arrested but  we will manage to take these people to the courts of laws ,I assure you before this week ends .” he said.

These people will be sorted out for every crime they committed.