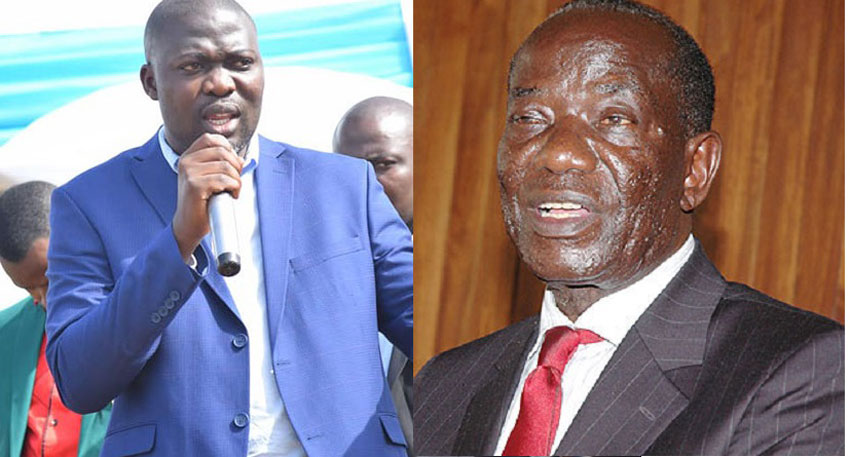 Martin Henry Bazzanya, a voter in Masaka district has run to High Court seeking to overturn the victory of Richard Ssebamala in the Bukoto Central parliamentary elections.

Ssebamala defeated the incumbent Bukoto Central MP and Vice president, who was seeking his fifth five-year elective term. According to the official Electoral Commission result, Ssebamala, who ran on the Democratic Party-DP, garnered 9,916 votes against Ssekandi’s 4,902 votes.

The VP ran on the National Resistance Movement-NRM party ticket. However, Bazzanya, who identifies himself as a builder and businessman, contends that Ssebamala was not validly elected. He argues that the MP-elect through his agents with his full knowledge and consent committed several illegalities and electoral offences during campaigns contrary to the laws governing Parliamentary Election.

The petitioner also argues that the Electoral Commission erred in nominating Ssebamala after failing to make due diligence on his nomination papers, specifically, the voter location slip, which he alleges was forged.

He argues that Ssebamala lied to the Electoral Commission about his polling station when he erroneously placed himself at Luvunja Playground polling station in Kyesiiga Sub County yet in the actual sense, he is a voter at St. Modesta Primary School Bisanje, which is located in Kimanya-Kabonera division in Masaka city.

Bazzanya also accuses Ssebamala of indulging in acts of voter bribery throughout the campaign period hence manipulating the electorates to vote for him basing on rewards and gifts he gave them. He wants Masaka High court to overturn Ssebamala’s election and order the Electoral Commission to organize fresh polls in Bukoto Central Constituency.

Ssebamala has not yet responded to the allegations levelled against him in the petition and he did not pick repeated calls from our reporter. Nevertheless, one of his campaign agents, Moses Ssekindu has described the allegations as baseless and fabrication by desperate politicians. He argues that the petitioner is an unknown in the constituency whose election results he is challenging.