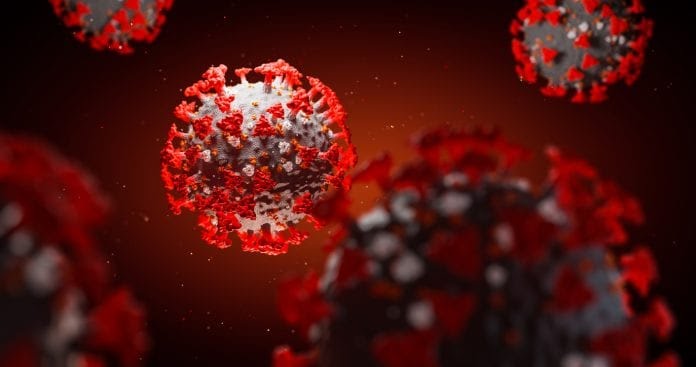 A new strain of the coronavirus is spreading rapidly in the United Kingdom (UK) and has forced several countries to suspend flights to Britain. Scientists are studying the mutation pattern of the virus to know the new variant better.

Here is what we know so far about the new fast-spreading variant:

Britian’s Prime Minister Boris Johnson, while announcing a strict lockdown in London and other places, said, “There is no evidence the variant causes more severe illness or higher mortality, but it does appear to be passed on significantly more easily.”

According to Johnson, the new variant may be up to 70 per cent more transmissible than the old one.

Britain’s Health Secretary Matt Hancock told Sky News, “Unfortunately the new strain was out of control. We have got to get it under control…It’s going to be very difficult to keep it under control until we have the vaccine rolled out…This is what we face over the next couple of months.”

Public Health England (PHE), an executive agency of the UK, said the new variant has been named ‘VUI – 2020/01,’ and experts said it was first discovered in September.

It is not uncommon for viruses to undergo mutations; seasonal influenza mutates every year. Variants of SARS-CoV-2 have been observed in other countries, such as Spain. This variant includes a mutation in the ‘spike’ protein. Changes in this part of the spike protein may result in the virus becoming more infectious and spreading more easily between people, according to PHE.

‘No evidence of severe disease or mortality’

“The new variant which has been named ‘VUI – 202012/01’ (the first Variant Under Investigation in December 2020) transmits more easily than the previous variant but there is no evidence that it is more likely to cause severe disease or mortality, but we are continuing investigations to understand this better. We know that mortality is a lagging indicator and we will need to continually monitor this over the coming weeks,” PHE said.

“The way to control this virus is the same, whatever the variant. It will not spread if we avoid close contact with others. Wash your hands, wear a mask, keep your distance from others, and reduce your social contacts,” PHE added.

According to a report on BBC, the current variant is rapidly replacing the other versions of the virus.

“I would say this to all that all these imaginary situations, imaginary talks, imaginary panic… don’t involve yourself in this…The government is fully conscious about everything. If you ask me, there is no reason to panic the way we are seeing in this press conference,” Union Health Minister Harsh Vardhan said on Monday (December 21) when asked about a demand to ban flights from Britain.

“When a virus replicates or makes copies of itself, it sometimes changes a little bit. These changes are called ‘mutations’. The virus with the new mutation(s) is called a ‘variant’ of the original virus. Some viruses change fast and others more slowly. SARS-CoV-2, the virus which causes COVID-19, changes more slowly than others viruses such as HIV or influenza viruses. This is in part due to the fact that SARS-CoV-2 has an internal ‘proofreading mechanism’ which corrects mistakes when it makes copies of itself,” the World Health Organization (WHO) said.

“It is normal for viruses to change. Most changes have little to no impact on the virus’ properties. However, depending on where the changes are located in the virus genetic material, and how these changes affect the virus’ shape or properties, some could potentially impact how it behaves and spreads,” it added.

What are scientists saying?

According to Science Media Centre, Dr Julian Tang, Honorary Associate Professor/Clinical Virologist, University of Leicester, said, “An examination of the global GISAID SARS-COV-2 sequence database shows that this N501Y mutation was actually circulating, sporadically, much earlier in the year outside the UK: in Australia in June-July, USA in July and in Brazil in April, 2020.

“Whether or not these viruses were brought to the UK and Europe later by travellers or arose spontaneously in multiple locations around the world (in response to human host immune selection pressures) requires further investigation.”

Dr Simon Clarke, Associate Professor in Cellular Microbiology at the University of Reading, said, “Viruses mutate constantly. The coronavirus has mutated many times over the last year. This helps scientists to track how infections are spreading. For example, we know that most of the infections in the UK in the first wave came not directly from China but from Europe, where a new variant emerged that was different from the strain in Wuhan.

“Government scientists have identified now that there are 17 linked mutations in the genetic code of the virus that seem to make this new strain more infectious. It has been suggested that changes to the virus surface spikes may allow it to bind onto cells more easily. However there isn’t evidence yet that the new virus is more or less dangerous in terms of its ability to cause disease. Sadly, we will have to wait and see if hospitalisations and deaths increase or decrease to find out.”

Prof. Ravindra Gupta, Professor of Clinical Microbiology, University of Cambridge, said, “The news, although disappointing for many, is the most appropriate given the speed at which the new variant has spread. The variant has a number of concerning mutations that mean we should control transmission through social restrictions whilst we work to learn more about the impact of these mutations on how the virus behaves. We should seriously consider regional targeting of the vaccine to control spread.”

Austria, Bulgaria, France, Germany, Italy, Ireland, Turkey, The Netherlands, Belgium, Canada, and Saudi Arabia have suspended flights to the UK due to concerns over the new variant of the virus.