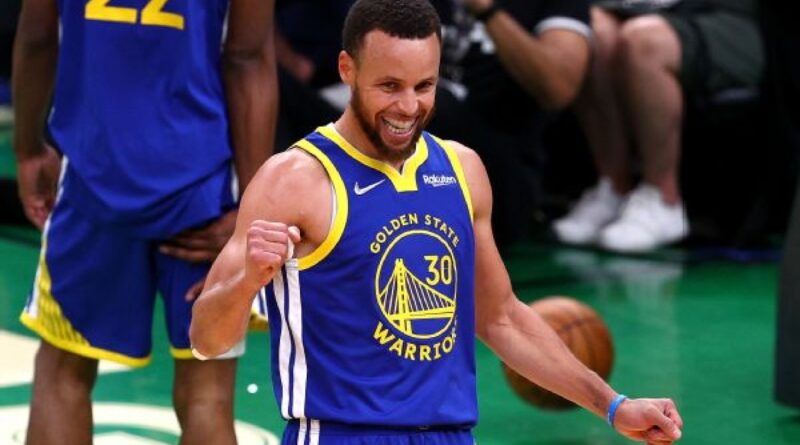 The Golden State Warriors are the favorites to win next year’s championship, but that could change during an offseason with big-name free agents on the market.

The Warriors are 5-1 to win the 2023 NBA title at Caesars Sportsbook, followed closely by the Brooklyn Nets and Boston Celtics, who are each listed at 6-1. The Milwaukee Bucks (15-2), Phoenix Suns (8-1) and LA Clippers (8-1) round out the teams with single-digit odds entering the offseason.

Kyrie Irving, Bradley Beal, Zach LaVine, Jalen Brunson, James Harden and Deandre Ayton are among the free agents who could shake up the title odds this offseason. But for now the Warriors are the favorites and have their core stars under contract. They’ve already attracted at least one big bet, too. Caesars Sportsbook reported taking a $10,000 bet on the Warriors to win next year’s title from a bettor in Colorado in late May.

“I’d say it’s more wide open at the top now than it was in previous seasons,” Adam Pullen, assistant director of trading, said in a company release. “Usually with the NBA, you can count the title contenders on one hand. Here, you can look at 10 teams that you can make a legitimate case for.”

Golden State knocked off Boston on Thursday in a clinching Game 6 103-90 win in the NBA Finals. It was the Warriors’ fourth title in the past eight seasons. Golden State joins Boston, the Chicago Bulls and Los Angeles Lakers as the only franchises to win four titles in an eight-year span.

The Warriors didn’t start as the favorites at sportsbooks this season. Golden State tipped off the season with 10-1 odds to win the title, behind the Lakers, Nets and Bucks at Caesars Sportsbook. But the Warriors stayed near the top of the standings in the Western Conference for much of the season and fought their way through the playoffs to win their fourth title under coach Steve Kerr.

“I think it was a no-brainer to have the Warriors as the favorite,” Pullen added. “When they’re healthy, you can’t argue with their pedigree over the last decade. Everything points to the Warriors being the favorite.”

The Oklahoma City Thunder, Houston Rockets, Sacramento Kings and Orlando Magic have the longest championship odds, each listed at 1,000-1.