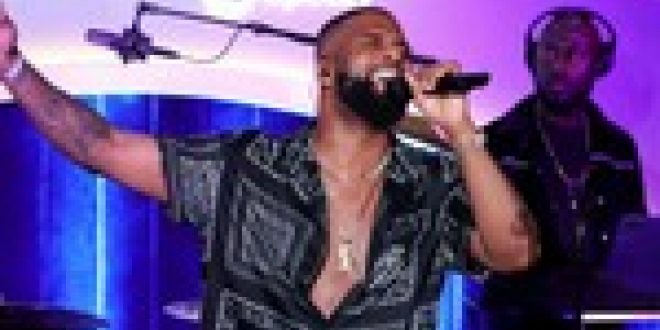 “So great to play to people and not just a camera crew,” Daley told the 100 or so guests at the Sunset Tower Hotel gathering, celebrating the move from at-home livestreams to in-person concerts. Watch the steamy cover below:

The duo — signed to Drake’s OVO Sound — bookended their three-song set with two 2017 releases: “Think About Me” and “Hallucinations.”

With the crowd seated at tables of five, for an appropriately loungey setting, Grammy-nominated R&B singer Lucky Daye followed dvsn with his own trio of songs, shouting, “We back outside!” as he hit the stage. The set started with “Roll Some Mo” — his 2019 track that was nominated for best R&B song and best R&B performance at the Grammys — and also included a cover of Marvin Gaye’s “Mercy Mercy Me (The Ecology).”

Setting the tone for the night was D-Nice, the New York-based DJ who basically invented at-home dance parties at the start of the pandemic with his wildly popular livestream sets.

Live music events made their official return to California on Tuesday night when the Foo Fighters played a show at the Canyon Club in Agoura Hills ahead of their full-capacity gig Sunday night at New York’s Madison Square Garden.