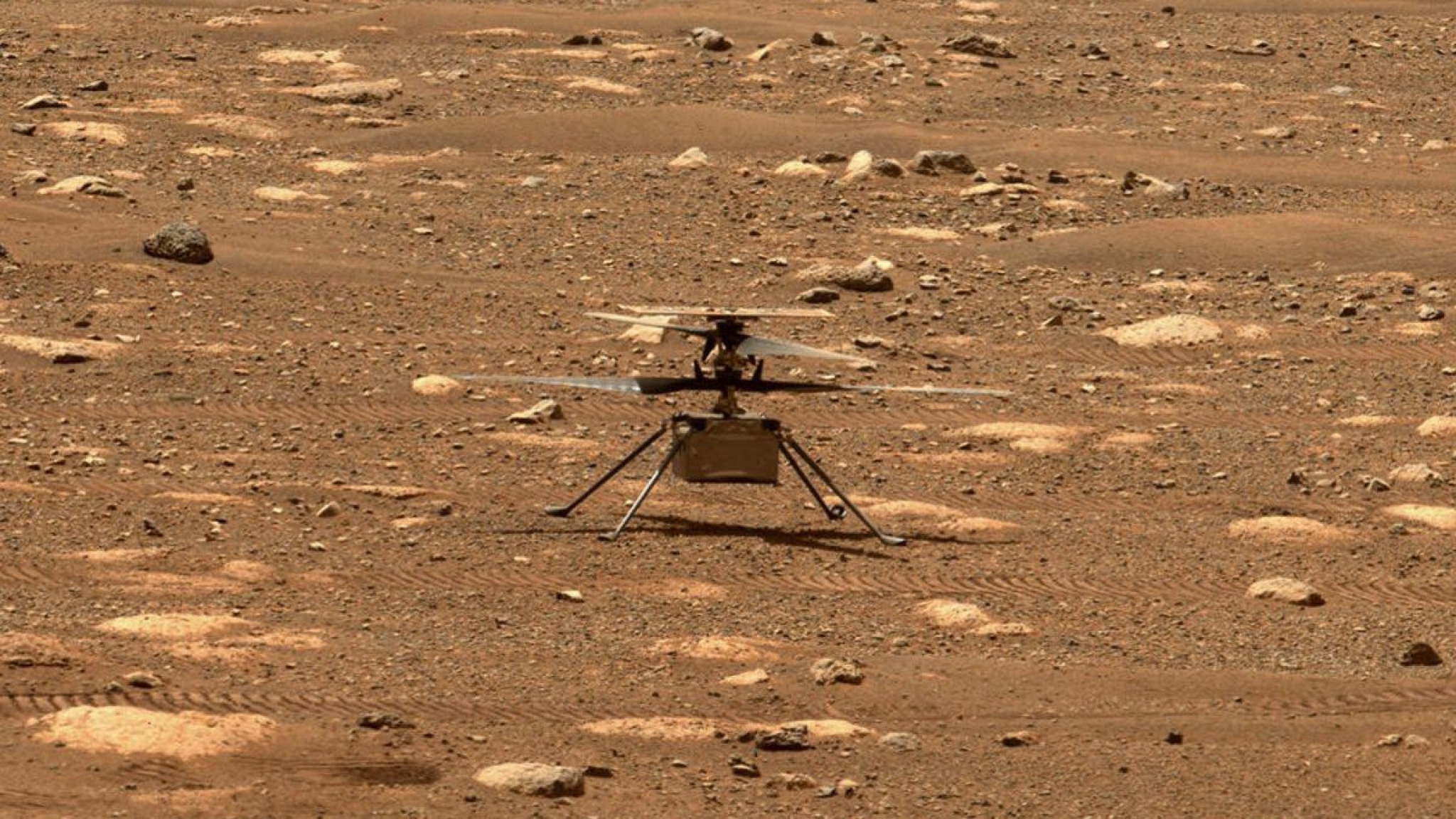 NASA’s Ingenuity helicopter will attempt to take flight on the Red Planet early Monday morning, and you’ll be able to watch live as the NASA team tracks this historic test from mission control.

Should the four legs of this tiny 4-pound (1.8 kg) helicopter leave the Martian surface, it will become the first time that NASA—or any other space agency—has successfully attained powered controlled flight on an alien planet. Success would introduce an entirely new dimension to exploring the Red Planet.

You can watch the live stream below starting at around 3:30 a.m. EDT (12:30 a.m. PDT) on Monday April 12. NASA hasn’t said yet when images or even video of the flight attempt will be available, but we’re hoping for later on Monday.

Alternately, you can follow along on the NASA app, YouTube, and Facebook. For those living in the western hemisphere, this is admittedly not the best time to be awake, but NASA will be holding a news briefing to discuss the preliminary flight results at 11:00 a.m. EDT (8:00 a.m. PDT) on the same day.

Importantly, the current schedule is subject to change “as engineers work on the deployments, preflight checks, and vehicle positioning of both Perseverance and Ingenuity,” according to NASA. Scheduling updates can be monitored at the helicopter’s Watch Online webpage.

The team at NASA’s Jet Propulsion Laboratory will also be assessing wind speeds at the Octavia Butler landing site and the amount of power available to Ingenuity for its flight, as MiMi Aung, Ingenuity project manager, told reporters on Friday. Amelia Quon, Ingenuity chamber test engineer, said the helicopter was tested across a wide range of possible wind conditions, but there was no perfect way to simulate the conditions on Mars.

During tests on Earth, a prototype was exposed to winds blowing at between 33 to 36 feet per second (10 to 11 meters per second), which should be stronger than what’s expected inside Jezero Crater, as Quon explained during Friday’s press conference.

The Perseverance rover, after uplinking with the helicopter, will transmit the flight test results to an orbiter, which will in turn relay the data back to mission controllers on Earth. During the press conference, Tim Canham, Ingenuity operations lead at JPL, said we should expect 40 seconds’ worth of data, as that’s the expected duration of the inaugural test flight.

Ingenuity is equipped with a downward-facing camera that will be snapping photos during the flight, said Canham. The team is expecting to receive grainy black-and-white images at first, followed by high-resolution images in the coming days. Snapping images 30 times each second, Ingenuity’s camera, in addition to chronicling the flight, will also serve as a kind of altimeter and help mission planners localize the chopper’s landing spot, he added.

The Perseverance rover will attempt to capture images of Ingenuity’s test flight, which it will do with its Mastcam-Z camera. Elsa Jensen, Mastcam-Z uplink operations lead, said her team has been practicing for the test flight but cautioned that the images might not be great, given that nothing quite like this has ever been attempted before and that there are bound to be “surprises,” as she explained on Friday. Interestingly, Canham said Perseverance’s microphones could be used to capture the sounds of Ingenuity in flight during subsequent tests.

Ingenuity was deployed to the surface this past weekend and is now standing on its four legs. The helicopter had been packed away on the rover’s underside for the trek to Mars, but the machine is now surviving on its own, successfully recharging its batteries using its solar panels and communicating with its six-wheeled partner, according to Aung. Major milestones were reached this week, as the helicopters four rotor blades were unfurled and tested at speeds of 50 rpm and 2,400 rpm.

The two sets of blades are counter-rotating, and they were carefully fine-tuned to maximize lift in the thin Martian air. Ingenuity’s rotors are not something you’d “get off the shelf,” said Aung. Each super-light blade weighs around 35 grams, and they consist of a foam core with a carbon fiber covering. The design is meant to ensure stiffness, strength, and lightness, she added. During the inaugural flight, Ingenuity’s rotors will whirl at the furious rate of 2,537 rpm. The high rotation rate has to do with the Martian atmosphere, which is a mere 1% of Earth’s.

Aung said this project wouldn’t have been possible 10 or 15 years ago, as only now do engineers have the technology to to spin the blades at such high speeds, to employ the autonomous and lightning-fast micro-controls of the rotor blades during flight, and to design a vehicle capable of surviving the harsh conditions on Mars.

Irrespective of what happens during the flight, “we learn, whether success or failure,” said Aung. She pointed to the grim possibility of Ingenuity tipping over during the landing. Because the helicopter has no way of righting itself, such a development would effectively put an end to the project. The tech demo is about “adding the aerial dimension” to NASA’s toolkit for exploring Mars, said Aung. And as Canham pointed out, photos of the test will obviously be nice, but the primary goal of the mission is to get the flight data.

Should the flight go well and Ingenuity lands on all four feet, NASA will continue to test the helicopter over the course of 30 sols, or Martian days.