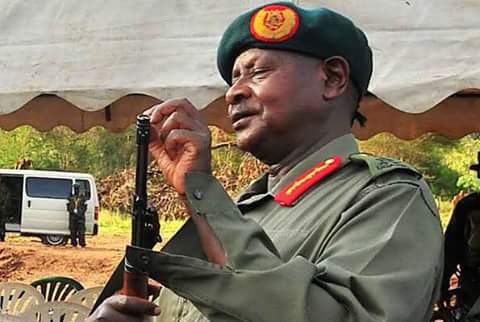 Following the killing of ASP Kirumira, President Museveni has vowed to revive the bush war tactics to eliminate the killers, whom he calls “cowardly pigs”.

Condolences on the brutal killing of police officer Muhammad Kirumira at Bulenga. I visited the scene of crime at 23:00hrs.

The criminals are still using the gaps I identified in my speech to Parliament. You remember the 20th June 2018 gaps? The Police Force are working hard to fill the gaps. They have started installing the cameras and other measures are being put in place.

The electronic identification of Boda bodas would have helped us to identify these people quickly. However, while still using the old methods, I want to salute the residents of Bulenga for, although not armed, some Boda Bodas gave chase to the killers- 4 of them riding on motorcycles – up to Mile 9.

That limited counter- action may help us to expose the killers as happened in the case of Susan Magara.

On the urban criminals, the sub- committee of security began meeting at 10:00hrs under my chairmanship and we are to stop these pigs by not just relying on the old police methods.

Pending the installing of cameras etc everywhere, we are going to re-activate the Luweero methods to deal with these cowardly pigs. Wait for my announcement this afternoon.

The president was seen at the crime scene from where he picked a pair of eye witnesses to the state house.

He is set to address the nation today (Sunday) at 8PM, which address will air on all major media houses.