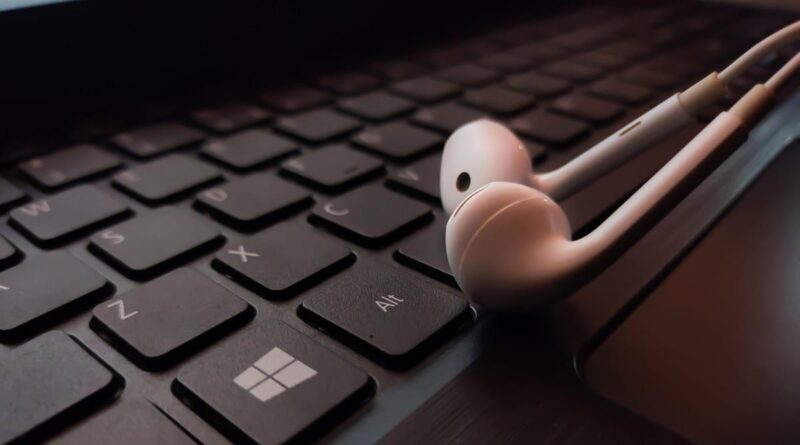 Are you one of the many, many people that gets a tingly kick from watching soft-spoken YouTubers tapping and whispering into their mics from hours on end? Have I got some bad vibes for you.

If you’re not into ASMR or you’ve never heard of it, here’s a quick rundown: ASMR is short for autonomous sensory meridian response, and it’s the name of the sensation some people derive from hours-long videos of someone whispering into a camera at them. Some people describe the feeling as “tingles” across the back of their neck, while others say it’s relaxing enough to fall asleep to. Personally, this reporter gets nothing out of them, and never has—if I’m falling asleep to, say, a 10 minute video of some guy carving wood, it’ll be out of boredom, not relaxation.

With that in mind, I decided to dive down the rabbit hole of ASMRtists (not a joke, that’s what they call themselves) to see if I could find some videos in this genre that make me feel… something. If I wasn’t getting the elusive tingly feelings so many others were raving about, maybe I could find ASMR that dredged up feelings of visceral disgust or discomfort. Literally anything.

It didn’t take me long. I found an alcove of strange videos that made my spine itch. Here’s a list of 11 personal favorites, along with the “triggers”—the word the ASMR community uses when describing the different sounds used to dredge up different sensations in viewers.

ASMR, but You’re Having a Midlife Crisis

ASMR, but You’re Having a Midlife Crisis

Okay, I’ll be the first to tell you: this 44-minute-long video has nothing to do with overthrowing the government or with anything government-adjacent (though other ASMRtists have tackled these topics in the past). Instead, this is nearly an hour of whispery content from a grown man who really, really wants you to know his feelings about the budget options from Dairy Queen. About halfway through, he gets… well, a bit self conscious about his YouTube career. Things deteriorate from there.

Triggers: the crinkling of a paper bag around a $3 Dairy Queen barbecue sandwich and the sound of a plague doctor awkwardly adjusting their headphones.

ASMR, but You’re Being Beaten to Unconsciousness

ASMR, but You’re Being Beaten to Unconsciousness

Okay, maybe you don’t want to feel uncomfortable while watching a grown adult question their career. Maybe you actually do crave the sleepy, tingly feelings that countless people report when they watch ASMR. No judgement there. I can’t promise that this video will deliver all that to you, but it will make you feel like you should be asleep. Y’know, because you’ll be unconscious.

Triggers: the gentle slosh of being smacked over the head with a full soda bottle and the rhythmic crunch of being stepped on by some random guy’s boot.

ASMR, but Your Pal Lost His Custody Battle

ASMR, but Your Pal Lost His Custody Battle

I genuinely don’t know if this one’s a joke. The fact that it goes on for roughly an hour—and the fact that this dude kind of looks like he’s been crying for a while—makes me think he might have actually lost his kids to his ex. You’ll either feel really bad for him, mildly tingly, or strangely voyeuristic while watching this. You might feel all three at once.

Triggers: the soft glug-glug of drinking Miller High Life straight from the bottle while wondering life ended up this way, punctuated by constant, angry sniffling.

ASMR, but You’re a Pringle This Time

ASMR, but You’re a Pringle This Time

This is one of those videos that’s exactly what it says in the title: you’re the last salty Pringle in an empty Pringle tube, and there’s a soft-spoken man that desperately wants to munch on you. The only problem is his hands are too large to reach you! Join him on a nearly half-hour long journey where he whispers into the can, sticks a knife(?) into the can, and does anything possible to reach that chip besides turning the damn thing over. It might not make you sleepy because you’ll be yelling at him to just turn the damn thing over.

Triggers: The rubbing, shaking and jostling of a corrugated cardboard Pringles tube, and the sad sighs of a hungry bro. 🙁

This one might cut a bit close to home in our current times of covid-19 and monkeypox. But hey, at least it’s tingly, right?

Triggers: the rhythmic rubbing of wooden rosary beads and the clink-clink of your last coins being taken by the church.

ASMR, but Your Doctor’s Never Seen Anything Like This

ASMR, but Your Doctor’s Never Seen Anything Like This

Doctor-themed ASMR videos are common. Too common, I’d say. Most of these feature role-play of a pretty routine procedure—a basic checkup, a cranial nerve exam, a lice check, or something like that. This video isn’t that. In fact, the doctor in this video doesn’t know what you have, and neither do you. All you know is that it’s obvious and disgusting enough that the ASMRtist in question oscillates between abject horror and a splash of pity for the near half-hour that this video runs.

Triggers: the panicked whispering of a medical professional mixed with gentle swabbing from a hospital-grade sponge.

ASMR, but You’re Getting Mugged on a Friday Night

ASMR, but You’re Getting Mugged on a Friday Night

Just like the first video on this list, this Mugging ASMR starts exactly as advertised before spiraling into something a bit… more awkward. Needless to say, the ASMRtist doesn’t succeed in mugging you through traditional means (a knife), so she starts trying to get creative. Part of this video involves walking the victim through a basic PayPal transaction. Then Etsy. Then a site called Giveatad.com. And after all that, there’s still 20 minutes left of this mugging left to go—and it only gets duller from there.

Triggers: knife tapping, phone tapping, the exasperated sigh of a person needing to explain how e-commerce works to someone who clearly doesn’t get it.

ASMR, but Your Paralysis Demon Is Hungry

ASMR, but Your Paralysis Demon Is Hungry

What is there to say? Harry Potter was kind of an asshole throughout the books, and those tendencies get bumped up to 11 in the movie adaptations. It’s about time someone told him so—even if it’s via a whispered Ron Weasley impression.

ASMR, but Thanksgiving Is Ruined

ASMR, but Thanksgiving Is Ruined

Okay, admit it: you’ve been to a family dinner where someone (your uncle or otherwise) says something uncouth, and in the silence that follows you’re just… calm. For once, you don’t need to talk to your aunt Rhonda about her green-bean casserole recipe, and you don’t need to talk to your parents about why you haven’t left your dead-end job yet. Everyone is just basking in the silence that happens in the wake of a family member Being The Worst. And now thanks to this handy video, you can recreate that feeling whenever you want!

Triggers: the tinkle of silverware anxiously hitting a plate and the sighs of collective guilt for being related to this schmuck.

ASMR, but It’s With Your Good Pal Funky Kong

ASMR, but It’s With Your Good Pal Funky Kong

It doesn’t matter if you know who Funky Kong is (but in case you were wondering, he’s a close ally to the Donky Kong Krew). What is important is that he understands things are tough for you right now, and he just wants to make sure you get home okay. The video’s description says it best:

Description: You and Funky are very close friends so he doesn’t mind giving you a lift from the airport after a relaxing vacation. He can be kind of a maniac on the road, but he’ll get you home eventually. 🙂