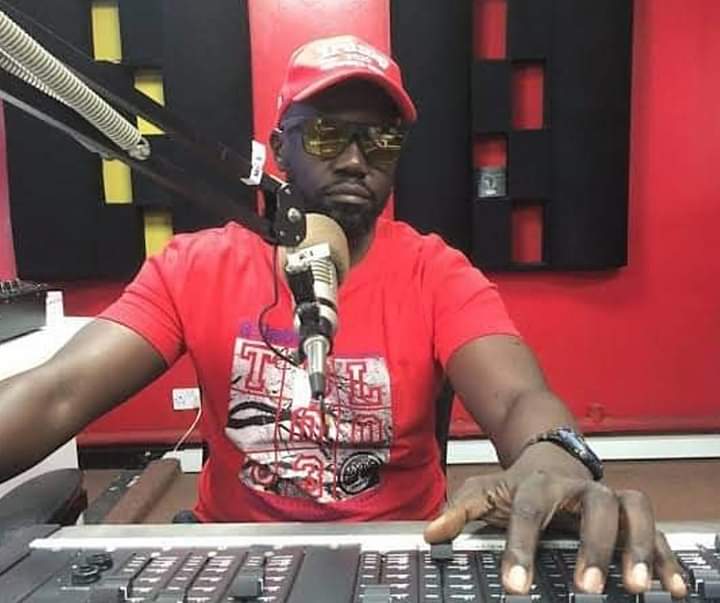 Following the stories that have been moving around about Sanyu FM presenters who all got fired, new information has come up about all that happened.

Early this morning, why appearing at a local radio station, former Sanyu FM presenter, James Onen aka Fatboy who was one of the oldest at the station came out with his side of the story as he trashed a lot of allegations that were circulating around.

“I want to make it clear that none of us absconded from work because of the 25% pay cut” he said.

Fatboy further revealed that after receiving salaries on their accounts with a 25% cut, even without prior notification, they grudgingly accepted to keep working as they hoped for the best because they knew this was happening everywhere.

After this, Fatboy says they later received protest lettered from their superiors who asked them to sign them.

“Management sent the letters with all out names asking us to sign them and that they were in talks with the bosses and had scheduled a meeting for Thursday 11 June to talk about a way forward” – Fatboy says.

He adds that few days to the anticipated meeting, they received calls from their supervisors telling them to not to show up for work.

“I asked my Supervisor, are you serious about this, he said yes. I asked like three times and he said yes. Then I said till when he said we shall communicate and that’s what they told every other person.” – Fatboy said.

Few days later, they received a letter from the same management telling them they had been fired for absconding from work.

This changed the whole narrative about the whole story as it was alleged that the workers were striking over the 25% pay cut. He further trashed the allegations that he had led the strike and therefore got his fellows fired.

“I have received several calls from lawyers offering us free legal aid, but we’re looking into that and I can’t conclude right now that we are going to sue the company or not” Fatboy said.

About the official twitter account that was doing tweets against the company, Fatboy said he had no idea who was doing this.

When ask on whether he would go back to the station if he was called all he said in response is “Hell No”.

“I believe in moving forward.” He added.

We have however learnt Fatboy has since been replaced with Salvador who is an ambassador at the Ruparellia Foundation and is there fore a sit as the station seeks to employ fresh staff.