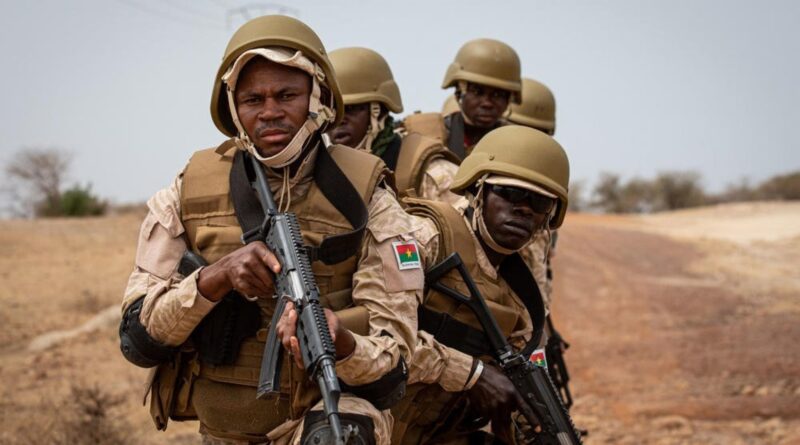 West Africa has seen coups and military takeovers in three countries in 2022. Like those of the past, they came with promises of a quick return to civilian regimes once socio-economic and political challenges had been met. The challenges are usually listed as inept governance, corruption, rising insecurity and popular revolts amid economic hardship.

One view of governance on the African continent is that liberal democracy has spread since the 2000s, bringing an end to dictatorships. Most African countries, it’s argued, have multiparty democracies with elected governments.

My own view is that a mere introduction of electoral democracy is not sufficient. A strong democracy needs strong institutions to build resilience against fragility. Poverty and insecurity are an indication of fragility. They show that institutions are not efficiently distributing wealth. Civil rule is under threat as long as institutions remain fragile.

In my opinion, based on my research, is that the failure of civilian governments to improve living conditions, provide leadership and protect citizens is a major threat to democracy in the west African sub-region.

The military continues to wield huge influence in governance in the region. Citizens don’t seem willing or able to challenge this.

In Nigeria, for example, since the return to civil rule in 1999, former military generals have largely led the country. By the end of the current regime in May 2023, former military rulers will have been civilian presidents too for 16 out of 24 years of civil rule.

Election periods in these countries see frequent trips by candidates to the homes of previous military or autocratic leaders, seeking their endorsement.

An example is the move by the Gambian president Adama Barrow to form an alliance with the hitherto sit-tight dictator Yahya Jammeh. Jammeh ruled the country for 22 years, starting with a 1994 coup, and sustained himself in office through incessant human rights violations.

Barrow gave Jammeh a soft landing before going on to renege on his agreement to resign and transfer power. He is now relying on support from the old order to stay in power, knowing that his popularity with the people has diminished.

The return of civil rule to Nigeria in 1999 ushered in a sense that military coups and autocratic regimes in the region would end.

The presidency of Olusegun Obasanjo and the Economic Community of West African States (ECOWAS) were diplomatically active against military coups. But more recently it appears that the regional bloc is relatively weak and individual countries are challenged by economic, social, political and security issues.

Citizens are dissatisfied with multilateral institutions – such as ECOWAS and the African Union. These bodies may be quick to condemn military takeovers, but they are slow to express concern about poor governance, such as altering of constitutions for regime survival.

Governments have failed to deliver on the promises that got them elected. This failure has led to growing dissatisfaction and a quest for alternatives. In some cases, citizens welcome the military, as witnessed in Burkina Faso.

Common to most of the military takeovers in the sub-region is the failure of the civilian regimes to deliver. Rising insecurity and worsening living conditions remain the fate of the people. These factors have acted as incubators for the return of the military.

In the last 24 months, governments in Mali, Guinea and Burkina Faso were toppled in quick succession.

In Mali, outrage over the erstwhile president Ibrahim Keita’s ineffective leadership in the face of rising insecurity and corruption led to his ousting.

In Guinea, the attempt to stay in power by altering the constitution, even in the face of rising inequality, corruption, gross under-performance and human rights violations, led to the ousting of President Alpha Conde.

In Burkina Faso, civilian president Roch Marc Christian Kabore was removed because of rising internal displacement, widespread poverty, inequality and insecurity. Security forces were also discontented over his failure to adequately support them against militants linked to Al-Qaeda and the Islamic State.

Democracy is not necessarily good governance

Although the region has made some headway with efforts to propagate democracy, it remains superficial. Its dividends, in the form of good governance, remain elusive.

Periodic elections are held, which legitimises civilians in power. But the critical fundamentals that foster democracy are missing:

Democracy appears to have come to stay in parts of the region, such as Nigeria, Ghana and Cote d’Ivoire. Others still have work to do in getting the military back to the barracks permanently.

Even governments in the rather more stable nations cannot afford to be complacent. They will have to intensify efforts to deliver the dividends of democracy, if they are to avoid civil unrest or military incursion.

What will shape the future of democracy in the region

Nigeria still exhibits fault lines of religion and ethnicity, as well as abuse of privilege by the elites over the rest of the citizens.

Failure to protect the lives, property and rights of citizens fuelled the “EndSARS” protest, which is fast crystallising into a social movement with potential to make a strong political statement in the February 2023 elections.

In Ghana, local lobby groups have staged street protests amid growing anxiety over economic conditions in the country and rising allegations of corruption and government lethargy.

The future of democracy in the region will depend on the level of development in democratic institutions, level of military sophistication and professionalism, level of literacy, and presence of a broad based elite class that is not self-serving.

Elected civilians need to respect their social contracts with citizens. Citizens need to feel better off with civilians in power.