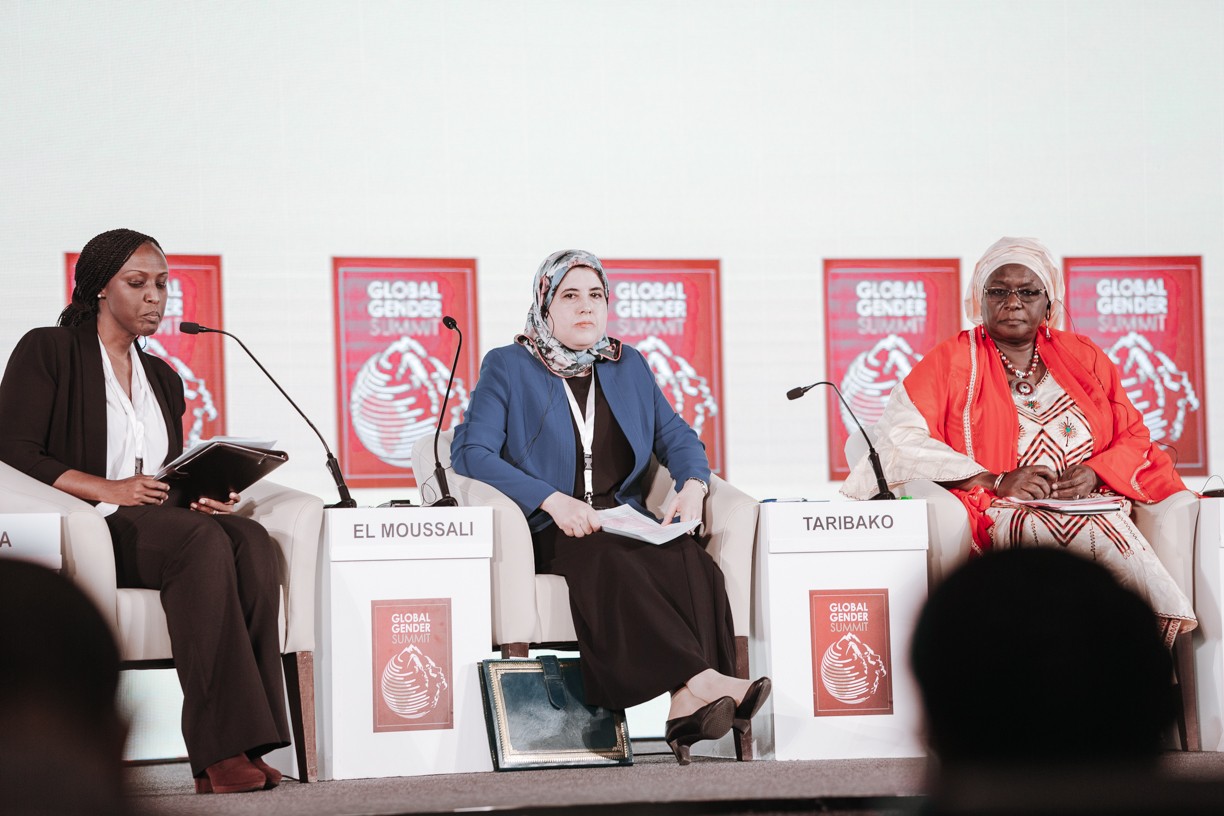 “History will judge us if we don’t work together to take action now,” Chief Executive Officer of the Tony Elumelu Foundation, Ifeyinwa Ugochukwu

“Investments in gender equality are critical to realizing demographic dividend, but we need to ensure that women have the tools to overcome the barriers they face,”  First Lady of Rwanda, Jeannette Kagame told participants at a panel at the Global Gender Summit in Kigali on Monday.

The panel, made up of First Ladies Kagame, Margaret Kenyatta, ministers and development experts, observed that too many women and girls still face barriers to basic rights, particularly access to labour market opportunities.

Rwanda’s First Lady recalled the role women played following the 1994 Genocide against Tutsi, where a number of families were wiped out, with women in many cases being the ones catering for families.

“What a man can do, a woman can do just as well,” she added.

She described the Summit as an important platform to highlight issues of women equality.

Rwanda has implemented gender several inclusive programs, which has enhanced economic equality in a country where women political participation has grown to 61% percent.

First Lady Kenyatta called for the removal of institutional barriers to accelerate women’s economic empowerment, “It has become urgent for Africa to translate its demographic dividend into viable potential.”

“This is the spirit of Africa’s vision to accelerate its path to sustainable socio-economic development. Our collective commitment to ‘leave no one behind’ is a new chapter in our struggle towards achieving gender equality.”

The panel heard that impediments to gender equality include lack of access to credit, low representation in decision making positions, lack of control over productive land and lack of financial control to make spending decisions on education and health.

shared experiences from Morocco where policies have been introduced to increase women’s political and economic participation.

The Chief Executive Officer of the Tony Elumelu Foundation, Ifeyinwa Ugochukwu, called on stakeholders to come together to leverage each other’s strengths “translate women dreams into reality. History will judge us if we don’t work together to take action now.”

The African Development Bank and the government of Rwanda are hosting the Global Gender Summit from 25 to 27 November in Kigali. The Summit is being organised by the Multilateral Development Banks’ (MDBs) Working Group on gender for the first time in Africa.