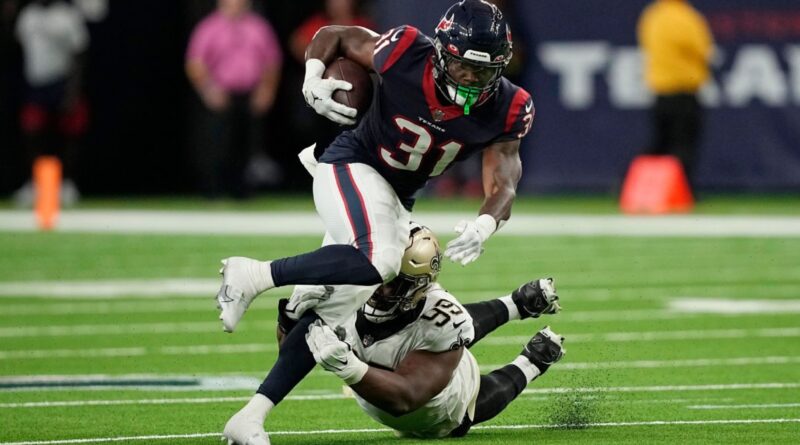 Nobody has a more stacked lineup of fantasy football analysts and NFL team reporters than ESPN. It’s the rare “backfield by committee” that is actually a good thing for fantasy managers.

Throughout the preseason, our NFL Nation reporters have answered the most pressing fantasy questions. This column is designed to close the loop on things as you make final preparations for your fantasy draft.

If you are a little late getting started on your draft prep or simply didn’t have time to sift through every training camp report and review the all-22 film from every preseason game this summer, don’t worry. We’ve got you covered with the most fantasy-relevant developments around the NFL over the past five weeks to get you caught up.

Return of the backs

If there is going to be another Ja’Marr Chase or Waddle in this year’s rookie receiver class, we haven’t identified him yet. The two rookies who have arguably drawn the most buzz this summer are Pittsburgh Steelers second-round pick George Pickens and Green Bay Packers fourth-rounder Romeo Doubs.

Meanwhile, London has the best chance of being a WR1, but he missed most of the preseason. So did the Packers’ Christian Watson (knee). The Detroit Lions’ Jameson Williams (knee) and New England Patriots’ Tyquan Thornton (clavicle) have longer-term injuries that will sideline them for at least the first month. And the Houston Texans’ John Metchie III is expecting to miss the entire season while recovering from a summer leukemia diagnosis.

Of course there is still plenty of time for the WR class of 2022 to change the narrative. Who can forget that one year ago at this time, Chase himself was considered a question mark after battling dropped passes in the preseason?

Last but not least, Packers coach Matt LaFleur took the backfield-by-committee trend to a new level when he coined the term “1A and 1A” to describe running backs Aaron Jones and AJ Dillon. But at least in Green Bay’s case, there should be enough work for both of them in the passing game to earn that title.

We took a deeper dive into some of the NFL’s most convoluted backfield committees in our NFL Nation reporters’ Q&A two weeks ago. Even Colts coach Frank Reich joined in on the murkiness by vowing to reduce Jonathan Taylor’s workload a bit this season and getting Nyheim Hines more involved. But don’t worry. You should still feel comfortable taking Taylor No. 1 overall in any format.