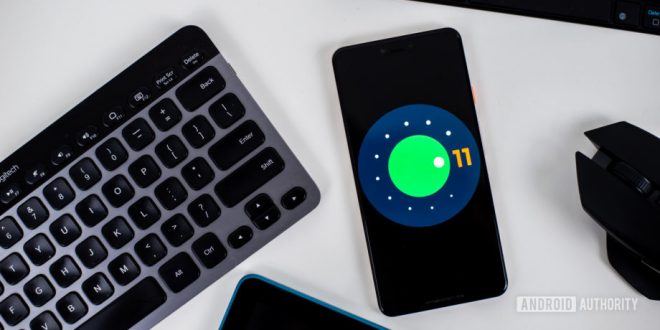 When will your phone get the Android 11 update? (Updated September 15)

The stable Android 11 update is finally here for select devices. Google officially released the OS today and is rolling it out to its Pixel phones. The search giant is joined by OnePlus, Xiaomi, Oppo, and Realme this year, all of which are releasing the update for a few of its phones on day one.

But what about other handsets from companies like Samsung, Sony, and LG? Which models will get the Android 11 update and when? While most manufacturers haven’t announced their release schedules yet, we can get a good idea of what to expect by looking at how fast they shipped out previous versions of Android.

Asus was surprisingly fast with updating its flagship Zenfone 6 smartphone with Android 10, releasing the update just two months after the OS made its debut. So if the timeframe doesn’t change this year, the company should ship out the first stable Android 11 update sometime in November for the Zenfone 7 series.

Unfortunately, Asus wasn’t as fast when it came to updating its gaming-centric ROG Phone 2. The update was rolled out back in March, six months after Android 10 made its debut. We hope Asus will speed things up this year for the ROG Phone 3, but don’t hold your breath.

As expected, Google’s Pixel phones are among the first ones to get the latest version of Android. The company started rolling out the update on day one as usual, but unlike with Android 10, not all Pixel phones will get it — learn more below.

September 8, 2020: Google is rolling out Android 11 to all of its Pixel phones, except for the original Pixel and Pixel XL that were released way back in 2016. This was expected since Google only guarantees three major OS updates for each Pixel phone.

HTC and software updates don’t go great together. Although the company doesn’t have a lot of phones in its lineup, it’s quite slow when it comes to shipping out the latest versions of Android.

The company released the first Android 10 update back in March, six months after the OS was announced. We don’t have any reason to think anything will change with Android 11, so if you have an HTC phone, you’re in for a wait.

The situation with Huawei is a bit tricky because of the US trade ban that prevents the company from using Google services. A lot of Huawei phones will get Android 11, but some of them will come without the Play Store, Gmail, and the rest of Google apps.

These are phones like the P40 Pro, which shipped without these apps in the first place. Older phones like the P30 should also get the latest Android, but they should keep access to Google’s apps and services that were on the phone at launch. It’s a similar situation for recent phones from Huawei’s sub-brand, Honor, which will update its own Magic UI skin with Android 11 at some point.

Based on Huawei’s track record, we can expect the first stable update of its EMUI skin with Android 11 to be released around two months after the initial launch. Huawei usually released its updates in China first, with a global release following shortly after.

Based on the company’s track record, the first LG phones are expected to get Android 11 in December. These devices will likely be the LG V60 and G8. Others should follow relatively shortly.

Keep in mind that the company generally releases software updates in its home country of South Korea first, before expanding them to other markets. This means that, depending on where you live, you may have to wait even longer (a month or so) to take Android 11 for a spin on your LG device.

Motorola isn’t known for being fast with updates. Looking at its Android 10 release timeline, we can expect the first update to be released towards the end of the year, in December to be more exact.

Motorola has a habit of first releasing updates for a number of its phones in Brazil, before rolling it out in other regions. With that in mind, you may have to wait even longer for an update if you’re from the US or Europe. Nokia is great with software updates. It updated its entire lineup to Android 10 last year, and it was quite fast doing so. One of the reasons for being fast is that a lot of Nokia phones are part of the Android One family, which generally get updates fast because the manufacturer doesn’t have to optimize the software as much.

The first Nokia phone received the Android 10 update around a month after the OS was released. We expect the story to be similar this year, meaning that Nokia should push out the first stable Android 11 update sometime in October.

OnePlus has always been fast with updates and the trend is set to continue with Android 11. The company released an open beta build of the Android 11-based Oxygen OS 11 for the OnePlus 8 and 8 Pro on day one. There’s no word on when the stable version will be released, but based on previous years, we expect it to become available by the end of the month or at the beginning of October.

See also: Everything you need to know about OxygenOS 11

Although unconfirmed, we expect all OnePlus phones from the OnePlus 6 to get the latest version of Android. After the OnePlus 8, the next phones in like to get the update are most likely the OnePlus Nord and the OnePlus 7T series.

It looks like Oppo is speeding things up this year, joining a list of companies that have released a beta build of Android 11 on day one — see more details below.

September 8, 2020: Oppo has released the beta version of Android 11 for the Find X2, Find X2 Pro, Reno 3, and Reno 3 Pro smartphones. You can apply to test out the software on the Color OS community.

September 14, 2020: Oppo has announced Color OS 11, which is based on the latest version of Android. It also revealed which of its phones will get the beta update of Android 11 and when — see below.

If you don’t see your device listed above, that doesn’t necessarily mean you won’t see Color OS 11. These are simply the devices to which Oppo would commit.

Realme knows that fast updates are important, which is why it rolled out a closed beta version of Android 11 on day one — see more info below. It did not share when the stable version will be ready, so we have to base our prediction on how the company handled Android 10 updates.

It shipped out the first one back in January, four months after Android 10 was officially unveiled. It’s possible that the company will speed things up since it already released a beta version of the update, but since we don’t know for sure, we’ll assume that Realme will stick to a similar timeframe as with Android 10.

September 8, 2020: The closed beta version of Android 11 is available for the Realme X50 Pro. To try out the software, you have to submit an application on the Realme Community.

Samsung is far from the quickest company out there when it comes to Android updates, but it has gotten faster over the years. The tech giant hasn’t shared a release schedule yet, but based on how it handled Android 10 updates, we expect it to release the first stable Android 11 update in select markets by the end of November.

Related: Samsung One UI 2.5 — Everything you need to know

The Galaxy S20 and Note 20 phones will be among the first to get the latest version of Android, with a bunch of other Galaxy models following soon after. Software support for older Samsung flagships like the Note 9 and S9 stopped with Android 10, so these devices won’t be upgraded to a One UI-flavored version of Android 11. Older Samsung high-end phones were only guaranteed two major OS upgrades, while newer ones bump the number up to three.

September 9, 2020: Samsung has kicked off its closed beta program for One UI 3.0 based on Android 11, which is aimed at developers. The program is available for the Galaxy S20 phones in South Korea and the US. But keep in mind that in the US, only unlocked and T-Mobile/Sprint phones are eligible to participate — learn more here.

Sony’s latest Xperia 1 II will likely be the company’s first phone to get the Android 11 update, followed by the slightly older Xperia 1 and Xperia 5. The update should then also make its way to a few older flagships as well as a number of mid-rangers.

Sony hasn’t shared its Android 11 plans with the public yet, but we expect the tech giant to ship out its first stable update sometime in December, just like it did with Android 10. But if you own a mid-range Sony phone that will likely get the latest version of Android, you’re in for a wait. Last year’s Xperia 10 and 10 Plus got Android 10 back in May. Vivo is quite slow when it comes to updates and we don’t expect that to change with Android 11. Xiaomi is among the companies that released a beta version of Android 11 on the day of its release. Unfortunately, the company didn’t share a date on which the stable version of the OS will start rolling out. Based on its track record, we expect a stable version of Xiaomi’s MIUI with Android 11 build to hit the Mi 10 phones by the end of September or at the beginning of October.

A lot of other Xiaomi phones — as well as devices from its Poco and Redmi sub-brands — will follow soon after, although we don’t know exactly which specific models will get the update.

September 8, 2020: Xiaomi has released the beta version of Android 11 for the Mi 10 and Mi 10 Pro phones. In a statement to Android Authority, the company said that the update is available for users who participate in their beta program on Global and China ROMs. ZTE is expected to update a number of its smartphones to Android 11.

There’s no word on when that may happen, but based we expect the first ZTE phone to get the Android 11 update sometime in early 2021. The company’s high-end Axon phones are expected to get updated first, as was the case with Android 10.

The book, contributed to by Virginia Woolf and others, had been valued at between £4,000 …

Emmerdale and Coronation Street 'pause' filming because of pandemic

Emmerdale has had a Covid outbreak, while Corrie is being halted so scripts can be …