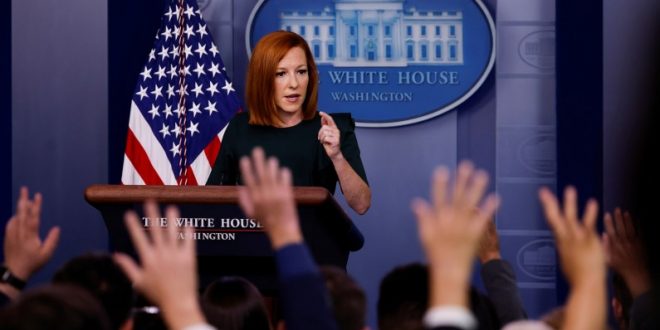 The Washington Post has fact-checked the erroneous claim made by some Democratic politicians and White House Press Secretary Jen Psaki that the GOP, rather than progressives, had advocated to defund the police.

It awarded three “Pinnochios” to the claim, which means they discovered “significant factual error and/or obvious contradictions”, giving it a rating of “mostly false.”

The authors explain their reasoning: “In this case, there’s not even a line item to attach to the White House’s claim that Republicans are trying to defund the police.”

Some Democrats had asserted that the American Rescue Plan spearheaded by President Biden contained a provision to increase funding for law enforcement, so by rejecting it many Republicans indirectly and by default supported “defunding the police.”

However, the Washington Post clarifies that Republican legislators received no definitive confirmation that the aid would be funneled to police departments.

“The American Rescue Plan devoted $350 billion to ‘state and local aid,’ a pot of money that was designed for a variety of budget-plugging purposes. Among those is keeping police, teachers and emergency medical technicians at work, but going strictly by the bill text, lawmakers had no guarantee that police would get a slice of the pie,” the publication states.

The assessment adds that it is misleading to equate not voting for potential funding with voting to reduce or eliminate funding for the police force, repudiating Psaki’s affirmation before reporters.

“What’s more, voting against a one-time infusion of cash is not the same as voting to cut funding, so there is little basis to claim that Republicans are trying to ‘defund the police’,” it continues.

The newspaper writes that the fact-checkers would have assigned the accusation a four-Pinocchio rating, meaning it is an outrageous, blatant, and confirmed lie, if not for one legislative gray area.

It argues that Psaki’s and the Democrats’ claim would be more valid if they framed the talking point around the COPS program, which some Republicans did vote to cut funding for under the previous administration.

COPS is a community policing program that provides direct financial support for the hiring of career law enforcement officers and to state and local police law enforcement to improve policing strategies and tactics, curb crime, and advance public safety.