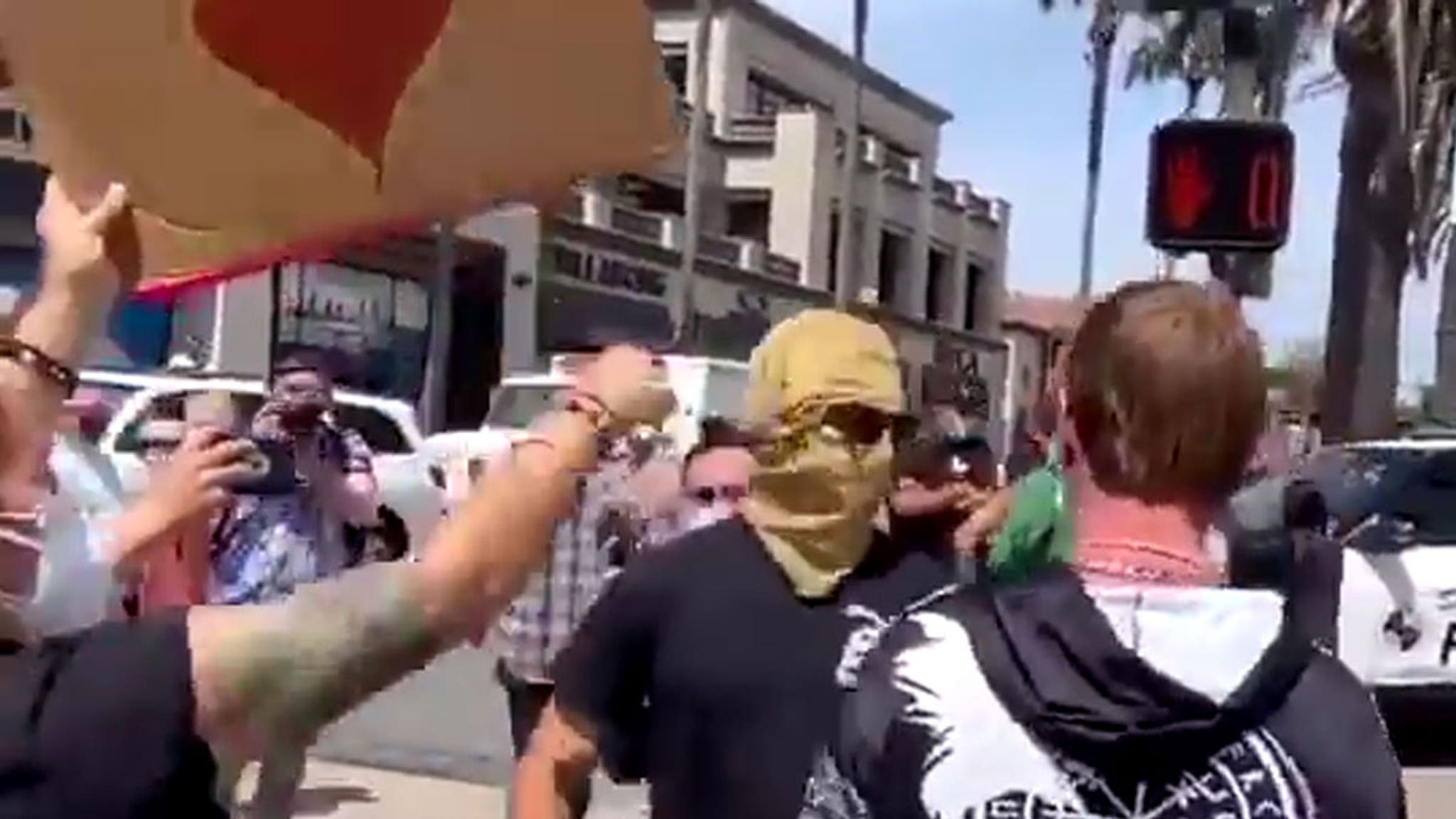 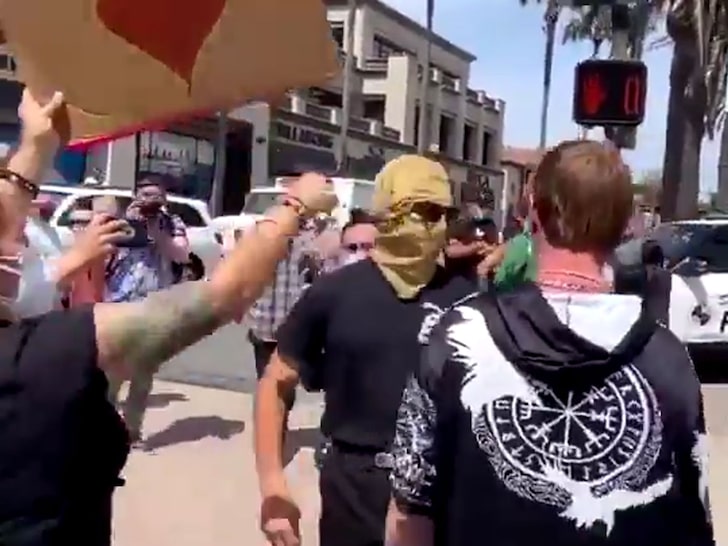 The march went down Sunday afternoon in Huntington Beach, CA, and several face-offs — mostly verbal — broke out, but this one came closest to getting physical. When 3 men there supporting the rally quickly found themselves surrounded.

The counter-protesters were outnumbering the WLM contingent all day … even before the rally got off the ground. When marchers, like these guys, did show up they were greeted by chants like, “Go home Nazis.”

The ol’ strength in numbers theory was in full effect, though, as the huge crowd chased these 3 guys away from the action … without laying a hand on them.

Currently the crowd is pursuing the guy in the don’t tread on me shirt. pic.twitter.com/G7mW9W7tWl

There was a heavy police presence in the area all day, and police just declared an unlawful assembly as they begin clearing the streets … but it’s fair to say the White Lives Matter event — purportedly organized by the KKK — did not go as planned.