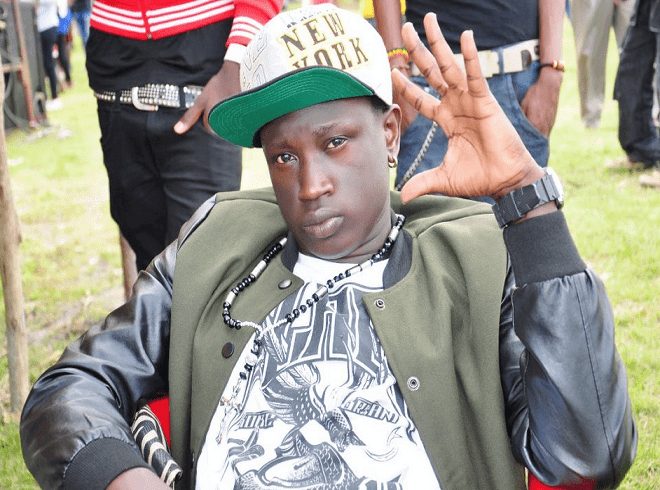 #Who Is Who! Gravity Omutujju Gets Personal With Veteran Hip-hop Artistes In “Black Panther”. Calls Navio a Broiler.

Singer Gravity Omuttujju has come out to break the silence after several criticisms for not engaging in the famous who is who challenge that even got Uganda’s Hip-Hop legends like GNL Zamba and Babaluku featuring and Gravity never featured.

Well the latest news is that Gravity has finally released a new song beefing all the veteran Hip Hop artistes including  Navio, US-based GNL Zamba, Babaluku and Mun-G.

In the song dubbed Black Panther,  Gravity is rather heard going so personal into the artistes’ lives.

Maggie’s Son go home let them scratch for you, Broiler Chicken on Tv Watch News. Call your mum when Yaka  Is done and let her pay. Goes a line targeted at Navio.

The line literally means Navio can do nothing for the self.

About Babaluku Gravity Claims the lad is training his students to get married and milk them! He goes ahead to render GNL Powereless saying its GNL’s wife that married him.

The hardest line in the song is where Gravity directs Singer Mun G to go and clean GNL Zamba after pooping.

Gravity was however not heard speaking about any upcoming artistes. He believes he is bigger than them and they are not worth discussing for him, a source revealed to us.

Listen to the song here.