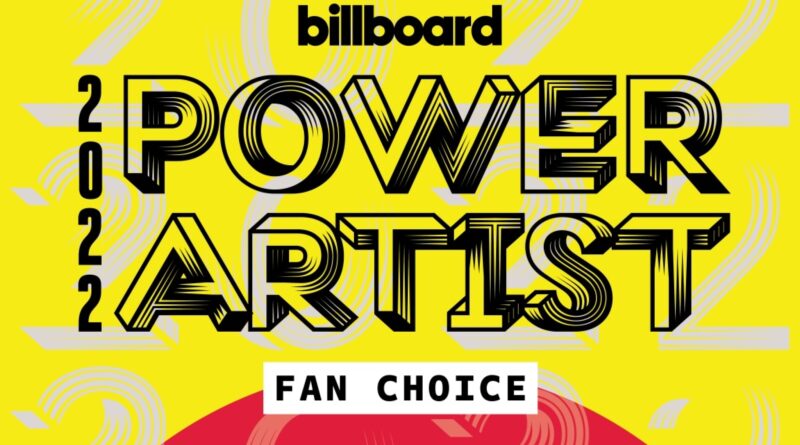 Readers voted for their favorite artist who dominated Billboard’s year-end charts & the winner will be unveiled in our 2023 Power Issue.

UPDATE (Jan. 18): Voting has officially closed! To find out who reigned supreme in our final match-up between Nicki Minaj and Beyoncé, stay tuned for the rollout of Billboard‘s Power Issue next month.

As Billboard prepares to unveil its annual Power 100 list in February — ranking the music executives making the biggest impact across an ever-changing industry — we thought we should put some power in the fans’ hands too. Looking back on the past year in music, who is your 2022 Power Artist?

Billboard launched the brand-new Power Artist 2022 – Fan Choice bracket, in which music listeners pick the music star who made the biggest impact last year. In the bracket below, we included the artists who dominated Billboard‘s 2022 year-end charts, making huge moves in streaming, touring, radio, album sales and beyond.

In the final round, we got down to the legends-only match-up of Nicki Minaj vs. Beyoncé. Voting closed Wednesday, Jan. 18, at 2 p.m. ET, and the winner of the inaugural bracket will be revealed in Billboard’s 2023 Power Issue alongside the executive Power 100 list.

Alongside the Power Artist 2022 bracket, Billboard also added a peer-voted award to its annual Power 100 ranking of the music industry’s most influential executives. The new Power Players’ Choice Award will honor the executive whose peers believe he or she had the most impact across the music business over the past year. For more information, go here. Both the 2022 Power Artist and the Power Player’s Choice Award will be unveiled in the Billboard Power Issue.

See the full bracket below: