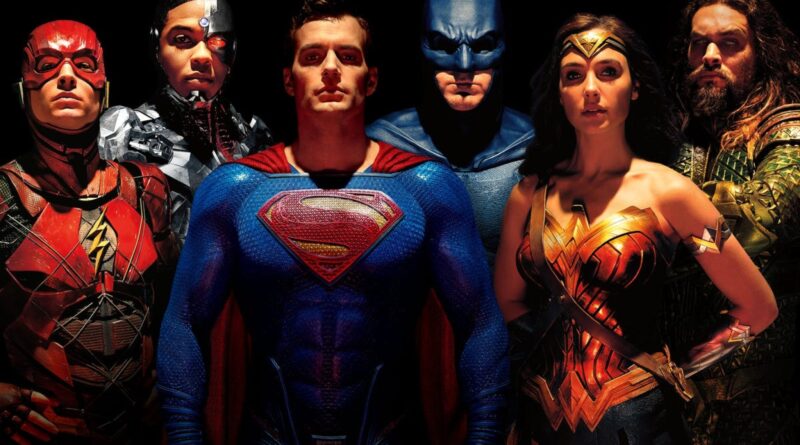 There’ve been so many superhero movies that have come out since 1998 that nearly every one of them has someone go to their defense. Think of whatever’s considered the worst MCU movie, or the worst movie in the X-Men or Spider-Man franchises, and you can probably name someone who would tell you that those entries are better than most would have you believe. It’s a bit of a harder ask with DC movies, and one in particular, given that its entire existence could be scientifically classified as radioactive.

Justice League released on November 17, 2017, and is…kinda complicated. Directed by Joss Whedon after original director Zack Snyder exited the film following the death of his daughter, the film is impossible to talk about without talking about how it entered the world. Things weren’t in its favor when its direct predecessor, 2016’s Batman v Superman, got raked across the coals for weeks following its release. By that point, Snyder was already filming League (initially planned as a two-parter), while Warner Bros. was no longer secure in its decision to make Snyder its Guy to spearhead what it hoped would be a full decade of films for the DC Extended Universe. Executive producer Geoff Johns providing rewriters to the original script done by Chris Terrio, much to the latter’s irritation, only served to add fire onto a troubled production. Once Snyder stepped back during post-production and Whedon took over to direct reshoots and provide his own rewrites…well, you know the rest of the story from there.

The thing about Justice League 2017 is that its root issue stems from its existence feeling like an act of obligation more than anything else. A decade ago, Marvel was the only franchise was that was doing cinematic universes even remotely well, and other studios were all too eager to follow suit, none moreso than WB. Hiring Whedon back then felt like a move that was, at its most cynical, a low key admission that the studio wanted to copy its direct competitor’s homework and just change some of the names. The Avengers had a plot-important Rubik’s Cube? Justice League 2017 will have three of them. Avengers ended with a tease of a greater cosmic conflict on the horizon? Justice League 2017 will do that and hype up a ground level team of baddies, that sort of thing. While those specific details may have already been baked into the plot Snyder’s version of Justice League in some fashion, his 2021 director’s cut has enough going on to make you forget that.

Conversely, its 2017 counterpart lacks the denseness of Snyder’s victory lap, or even its own distinct energy for folks to latch onto. The end result is a movie that feels like it should be considerably more important and grander than it actually is. It’s the cinematic equivalent of a balloon being inflated to full capacity and exploding with a minimal pop. Even in moments where it tries to shine, like Batman (Ben Affleck) briefly giving the Flash (Ezra Miller) hero advice or Superman kicking the League’s ass, it doesn’t really work. The DCEU films that preceded Justice League 2017 weren’t perfect by any means, but at the very least, they were watchable and worth talking about with friends, provided you all agreed that the next hourlong conversation wouldn’t be held against anyone involved. You don’t really get that same kind of conversational staying power with Justice League 2017, unless it’s a game of who can give it the most backhanded compliments.

Back then and especially now, Justice League 2017 occupies the worst position for a film in any franchise to be, and that’s to not be meaningful to anyone. At a $657.9 million box office, it wasn’t catching on with audiences; fans of Snyder’s vision wanted nothing more than to see it fail, and similarly anything else that didn’t seem like it had his stamp of approval. Those who wanted to see DC characters have some superhero fun on the silver screen were left wanting and wondering for years why the Arrowverse was doing on a weekly basis what these movies could not. Films that semi-spun out of League over the next several years spent that time largely ignoring its existence at every opportunity. And WB eventually decided to get with the program: it’s spent the last six years hoping for Miller’s solo Flash movie to erase Justice League (and by extension, Miller themself) from cinematic memory. Likewise, through the sheer willpower of Dwayne Johnson, it seems like Black Adam would rather do literally anything else to avoid having to reference that film, instead using its closing moments to declare that a new era of Henry Cavill’s Superman is here.

Five years later, it’s unclear if anyone at WB who didn’t get fired or bowed out actually learned their lesson. Up until recently, it largely seemed like WB had gotten over its megafranchise phase and was focused on putting out great standalone films like The Batman. But over the last month, a paradigm shift has happened as WB Discovery CEO David Zaslav had openly expressed his desire for a unified universe of DC films going forward, and recently hired James Gunn and Peter Safran to be the architects of his vision. Both men have resumes that speak for themselves, sure. But the problem, as stated several months ago, largely lies with Warner Bros: it loves to overpromise and underdeliver to the point where it feels like a running gag in a sitcom.

Superhero movies are tentpole blockbusters by default, and as a result have to appeal to as many audiences as possible. Justice League 2017 had the potential to do so, or at the very least rise above the circumstances that turned it into one of the most controversial superhero movies of the modern era. Instead, it stands as an example of what happens when you stretch yourself too thin: you just end up pissing everybody off and disappointing them because they know you’re better than this.