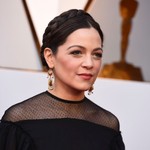 Who Will Win in Latin Categories at 2021 Grammys? Our Predictions

The 2021 Grammys will air live on Sunday (March 14) at 8 p.m. ET on CBS, Paramount+ and Grammy.com. Online viewers can also stream CBS with free trials on fuboTV  and Sling TV.

Here are our predictions:

Leila Cobo: I find it so careless and dismissive that the Grammys would put Latin pop and urban together in a single category. It takes my breath away. So you have the artist that was the most-streamed artist on Spotify globally in 2020, he’s a trap and rap artist and he is competing against Ricky Martin; Kany Garcia, who is a singer-songwriter; Debi Nova, a pop artist; and Camilo, who’s a pop singer and does some kind of urban leanings. But it’s like having Ariana Grande up against Eminem. I find it so disrespectful that these two categories are together. There’s no excuse for this to happen in 2021. Having said that, I will say that I can’t imagine anyone else winning except for Bad Bunny. He’s been such a force of nature this year. But this competition isn’t proper. It’s incredibly unfair for everyone involved, including him, because he’s not competing against his peers. And if the Grammy community felt so strongly about this album that it’s the only urban album in this category, then it should have been competing in the album of the year category, but not here. If by some miracle voters decide they will not give it to him, then I think it will go to Ricky Martin.

Griselda Flores: I agree. It’s an unfair category. All of these albums in this category are so deserving of the award, but I think Bad Bunny will take this one. His album was revolutionary and it marked a before and after, in my opinion. He’s also performing, so I think it’s very likely he will be named the winner. If he doesn’t, then there will be controversy.

Jessica Roiz: We all agree that urban needed and needs its own category, considering all the other great urban, reggaeton albums that we had in 2020, such as J Balvin’s Colores. But Bad Bunny will and should win, and if he doesn’t, I also think it’s going to be controversial. I actually think if he wins or doesn’t win, there will be controversy.

GF: This is a category that got it right. Fito Paez and Cultura Profética are the big names in this category but I think Lido Pimienta has a real shot at winning this one. Grammy voters, I feel, would appreciate how she fused traditional sonority like cumbia and porro with more contemporary and modern sounds. It’s a beautiful, colorful album that stands out from the other four.

LC: This is a hard category because Bajofondo’s Aura is by Gustavo Santaolalla and people definitely know him, and if they tie Bajofondo to Gustavo then I think Aura has a shot because he carries clout. But then Fito Paez has been so active and he played that concert at Carnegie Hall and I love his album, so he’s very much in the forefront. But I agree with you, Griselda, that Lido is like the dark horse because she’s very alternative and not as known in the Latin circle but definitely is in the alternative community. I’m leaning toward Fito, but Lido could give us a surprise.

JR: Well, I’m going with Cultura Profetica because they actually won their first Latin grammy with this album in the same category. They’ve been active for 25 years and they said that they submitted all their albums, but this comeback album gave them their first Latin Grammy for best alternative set. So I think they could win.

LC: I think Alejandro Fernandez will win this one. Although I think Christian’s album is really superb, I have to say. I was impressed. He makes this music cool and contemporary. But Alejandro Fernández is Alejandro Fernández, and he also does have a great album. I think it’s going to swing in that direction.

GF: Hands down, Natalia Lafourcade will win this category. She already won best album at the Latin Grammys and she’s a Grammy darling, so to me, this is a no-brainer. I think she is so meticulous and intentional with her music, and this folk album is no exception.

JR: I think Natalia will win, but I do love Hecho En México and Christian’s album is amazing. He was so innovative with AyAyAy!, but he’s also competing with Natalia and Alejandro who are big names, so I don’t see it happening for him.

LC: I have no idea who will win this category, but I hope and I think Grupo Niche will win with this album because it’s their 40th-=anniversary album. And because Grupo Niche symbolize Black Colombia. The group is an institution. They’ve been at it for so long and they’re great so I think Niche should win hands down.

GF: I think Grupo Niche will win too. The album already won best salsa album at the Latin Grammys so I think they can easily win this one. And they should.

JR: Victor Manuelle’s album is beautiful and its backstory is beautiful, but I agree Grupo Niche will win.