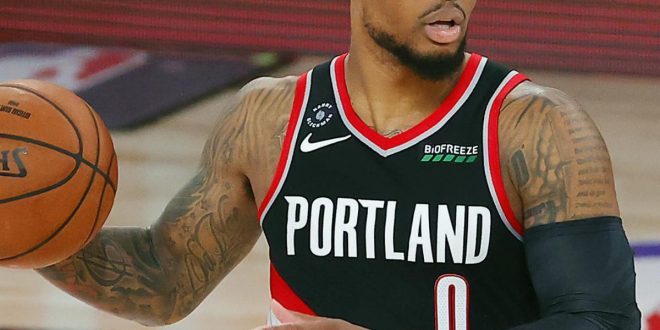 Let’s call the NBA‘s race for eighth and ninth place in the Western Conference what it is: pure, total, brain-bending anarchy.

Which makes it awesome.

Removing the New Orleans Pelicans and Sacramento Kings from the fracas has done little to simplify the range of outcomes. The Memphis Grizzlies (currently eighth), Portland Trail Blazers (ninth), Phoenix Suns (10th) and San Antonio Spurs (11th) enter their final two regular-season matchups with no more than a single game separating them from each other in the loss column.

Any one of them can technically finish eighth. Or ninth. Their potential paths to either of those spots are seemingly endless. John Hollinger of The Athletic did a fantastic job breaking down what needs to happen for each squad to crack the play-in tournament. I can’t do it any better and won’t bother trying.

Instead, given that labyrinth of logistics, I’m more interested in trying to answer the question everyone’s been asking since the league unveiled the restart format: Which two teams are now best positioned to qualify for the play-in tournament?

Counting out the Spurs is for no-good nincompoops. They’re the friggin’ Spurs. They’re working with 22 straight postseason appearances for a reason. They’re here, alive for one of the play-in spots at all, because they’re not the past-their-shelf-life pushover artists many painted them to be pre-bubble.

Yours truly was among those cretins predicting San Antonio’s return to the lottery. Might as well stay consistent.

To be sure, this isn’t me throwing wet toilet paper at the wall and hoping it sticks. Not entirely anyway. Their Disney World romp just doesn’t feel sustainable.

Derrick White has been incandescent but left Sunday’s win over the Pelicans with a left knee injury. Keldon Johnson hasn’t missed a wide-open three since, approximately, the Tim Duncan era. Drew Eubanks is actually playing and party-crashing shots at the rim and hanging in space. Only the Blazers and Los Angeles Clippers are shooting a better percentage from three.

Losing or not having White at his best is enough on its own to doubt the Spurs. Even if he’s fine, their most likely path to the play-in tournament includes winning out. That’s…a medium-sized order.

Houston doesn’t have anything to really play for but isn’t sitting everyone Tuesday. James Harden and Eric Gordon aren’t playing; Robert Covington, P.J. Tucker and Russell Westbrook should be.

The Jazz are more of a wild card. They so obviously have no interest in finishing fifth and playing the Rockets and subsequently taught a masterclass in mid-game tanking Monday. But if they want the sixth seed and the Dallas Mavericks have the chance to win out, they’ll maybe, possibly, potentially care about the end result of Thursday’s matchup with the Spurs, which, in turn, would be bad news for San Antonio.

Mikal Bridges is erasing opposing players from the planet at will. Jevon Carter is picking up his defensive assignments outside their hotel room. Cameron Johnson is hitting threes and making quick passes and hardly serving as a stanchion in cement at the less glamorous end. Cameron Payne is actually one of the best shooters alive. Ricky Rubio is hitting 44.4 percent of his treys. Deandre Ayton looks like a viable No. 2.

Oh, yeah, and Phoenix has this Devin Booker guy. It turns out he’s pretty good. He’s averaging 30.3 points and 6.0 assists in the bubble on absurd efficiency:

You can understand why this is such a tough call. It’s even tougher knowing Booker played under 30 minutes in Monday’s win and Ayton, who didn’t join the Suns until after tip-off because he missed a coronavirus test, logged just over 17. They should be fresh for the second end of Tuesday’s back-to-back against the Sixers, who will be missing Joel Embiid and Ben Simmons and, potentially, a bunch of other people:

The watchability of the game is questionable due to player availability. https://t.co/I3HuwmtUly

Whether the Mavericks decide to play at full bore Thursday depends on their desire and ability to snare sixth place. Avoiding the Clippers in the first round would register as a win, but Dallas has to win its final two games and needs San Antonio to beat Utah for that to happen.

Putting the Suns here is both a hedge against the Mavericks potentially caring about Thursday’s outcome and, more than that, the sheer difficulty of going undefeated at Disney. Plus, they’ll still need a little bit of help—from Memphis or Portland—to grab a play-in slot even if they go 8-0.

The Grizzlies juuust edge out the should-be-long-shot Suns, and I don’t feel great about it. They’re here by virtue of sheer convenience. They could lose each of their last two contests and still clinch a play-in bid, as Hollinger mapped out:

“Memphis will make the play-in with either a win, or losses by both Phoenix and San Antonio, or with two losses by Portland and one by either Phoenix or San Antonio.

“Memphis clinches the 8th seed with two wins, or a win and a Portland loss. More improbably, they’re the 8th seed if Portland loses twice and Phoenix and San Antonio both lose at least once.”

They don’t have Jaren Jackson Jr. (torn left meniscus) or Justise Winslow (hip), and Tyus Jones remains sidelined with his own right knee injury. Hardly any of their lineups make sense anymore. They have an Indiana Pacers West vibe to them, outperforming relative to the talent on the floor, but they’re desperately thin on outside shooting, and Dillon Brooks is actively trying to give Grizz fans a heart attack:

last 5 minutes of a game, score within 5:

Dropping each of the next two games is a distinct possibility—and likely hinges on how the Bucks approach Thursday’s showdown. The Celtics own the Grizzlies’ 2020 first-round pick (top-six protection) and have every reason to go for the win. Milwaukee is already scheduled to face the Orlando Magic in the first round and has zero incentive to roll out a full cast against Memphis unless the recently returned Eric Bledsoe needs more reps with the starters.

Consider this a lukewarm guess that the Grizzlies figure out a way to go 1-1 over the next two games. Ja Morant’s efficiency is way down, but he’s still Ja Morant. Brandon Clarke and Jonas Valanciunas are much better than they’ve shown.

Maybe Kyle Anderson has a big game in him. Or maybe De’Anthony Melton forces 37 steals against a Bucks half-court offense that’s possibly missing Giannis Antetokounmpo. I don’t know. This stuff’s hard. I regret everything.

It speaks to the fragility and Bol Bol-thin margin for error of this entire process that I’m most confident in the Blazers bagging one of the two play-in spots.

Like the Grizzlies, they control their own fate. Winning out secures their entry. Taking care of the Nets shouldn’t be a problem. Their full-strength bubble roster isn’t even half of their actual full-strength roster. The Mavs, on the other hand, have something to play for—insofar as they want to finish sixth instead of seventh. Things could get ugly for the Blazers if Dallas’ offense is on point.

Then again, falling to the Mavericks wouldn’t be the end of the world. Portland has other ways into eighth or ninth place—hypotheticals that become exponentially more likely should one of the Spurs or Suns lose Tuesday.

Perhaps the Blazers don’t deserve the benefit of the doubt. They rank 20th in points allowed per 100 possessions since the restart and couldn’t find a way to beat a Clippers squad that was kind of, sort of, definitely trying to help boost their postseason chances.

Still, Portland has Damian Lillard, a walking 40-to-50 piece. CJ McCollum is an offensive weapon in his own right. Jusuf Nurkic is already moving a lot better on the defensive end. Carmelo Anthony is shooting well. Gary Trent Jr. has never, ever, ever missed a three. Opposing offenses are swishing almost 46 percent of their wide-open threes against them. That should normalize immediately.

This team doesn’t just seem like the most likely play-in entrant. It feels like the favorite to win it.