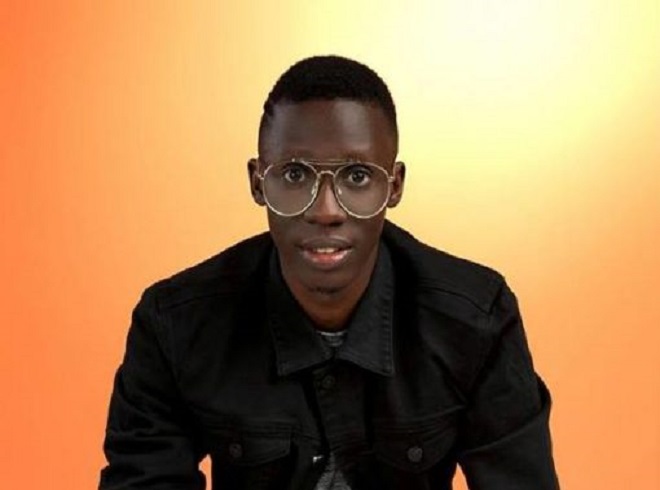 After a series of speculations from fans it has finally come to book that famous NTV presenter Douglas Lwanga is no longer part of the Serena-based TV station.

According to sources, Douglas who was on a suspension could not hold it anymore and just chose to hand in his resignation on Tuesday 6th February 2018. In other words he fired himself!

Apparently, Douglas was meant to meet the station’s disciplinary committee on grounds of misconduct.  Inside sources reveal that he was failing to co-ordinate his show right from the artistes he was hosting t the music he was playing.

Among some reasons for which he was to meet the disciplinary committee are the following:

Apparently Douglas and his team were extracting money from several upcoming artistes to feature them on the show as well as play their music and he money was not reaching the station’s accounts.

He was also playing visually uncensored music  on the show, bleaching the minimum broadcast standards. The variety of music on the show was not the one that was intended by the station. Apparently Cheza.com show on Spark Tv was meant to do typical local music  as NTV The Beat was meant to do  Urban, a thing that was not happening.

For all the reasons concerning the music the station told Douglas that they were to bring a music selector to always choose and select the kind of music that was to feature on the show, a move he strongly opposed.

He was among others being advised to separate the famous “Purple Party” from the NTV brand.

Those are some of the things he was to think about prior to the disciplinary committee meeting that he never waited for as he resigned earlier.

He is currently heading to God Father House as a senior producer.

Douglas joined media from record Tv where he worked as a camera operator later becoming a presenter of famous Katogo show. It was from here that he joined NTV The beat that he has run for five years!

He was replaced with TNation presenter Crysto Panda who is currently faced with a challenge of fitting into Douglas’ shoes amidst the several insults from several fans who go to as far as his inbox!

I have been watching, hearing and seeing stories about me. I have been shocked by them myself as much as you have. Please allow me make some things clear.

My journey didn’t start 5years ago. Some of you know my story. How i came on screen , how i have grown to how the Purple Party started and so much more.

The 5years I have been on NTV have been awesome much as the years i spent doing KATOGO on RecordTV. We have done just so much together, won so many Awards, grown a huge fan base but most importantly i have been able to witness the continued growth of Ugandan Music and talent something i love to do with passion.

WHAT HAPPENED
—————————————————
Never in my life have i ever been fired from a job as some people reported reason being from day one in all companies i have worked, I actually put in 200% in what i do. Passion drives me the most . Those close to me know well.

Sometimes Life has to move on especially if better opportunities arise,thats the only way we grow. Its not a bad thing. We are humans we always pursue better and more , thats what makes us humans. The principal is simple Just be the best you can be. Never settle. Always strive to learn more, do more, and be more

APPRECIATION
————————————————-
Thank you NTV for opening doors for me. It was a wonderful journey and experience. Going forward i will not be hosting the BEAT. Wow the journey was amazing i don’t regret. I also salute the entire team as your support contributed a lot to the success of the show.

WHAT NEXT
——————————————————
Its Kitchen time cooking something Bigger and better. Be patient and Trust me when the time is right ill let you know my next step. I promise you upgraded Entertainment.

PURPLE PARTY
————————————————-
The Purple Party is an independent Event registered and run by Brand Purple (U) Ltd. This means our plans still stay and this year’s Event calendar will be announced soon. The Purple Party Tours resume in April and ill let know where we shall be. As always hosted by me, so we are on 100%

FINAL REMARKS
—————————————————
Thank you my people for looking out. I have been seeing your messages and love. Ill share more details of what’s next. Don’t allow anybody out there to tell you the Douglas Story. This is it.

Again thank you for always believing in me my people. The love and support you show me unconditionally is what has brought me this far. It’s what keeps me going regardless the challenges.

Let’s do more magic on screen and on the Purple Party like we always done. Please Let the Douglas Lwanga Fan Know.