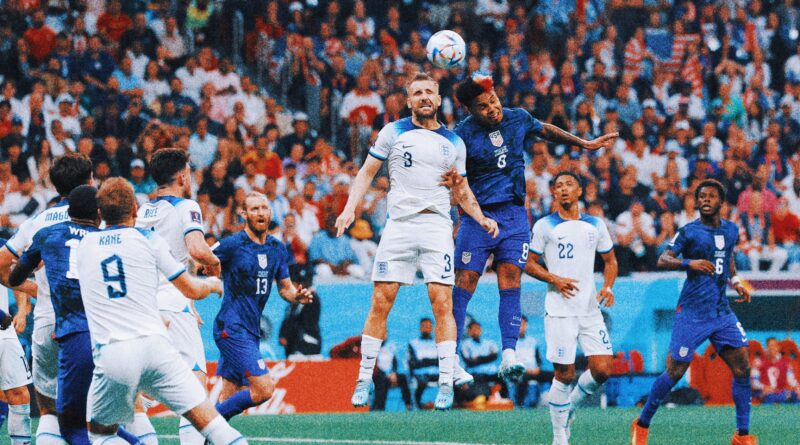 The United States and England played to a scoreless draw on Friday in a 2022 FIFA World Cup Group B showdown at Al Bayt Stadium in Al Khor, Qatar.

The game was a heated defensive battle from start to finish, with the United States’ closest threat coming in the first half as Christian Pulisic rattled the crossbar with a shot that was inches away from giving Team USA an early advantage.

The United States now have two points through the first two games of the tournament. A win in their final group match against Iran on Tuesday will be enough to guarantee a place in the knockout stages.

With one group match remaining, what does this scoreless draw mean for both squads? FOX Sports soccer analysts Warren Barton, Jimmy Conrad, DaMarcus Beasley and Sacha Kljestan break it all down on “World Cup Now.”

Kljestan: Team USA puts themselves in a position to get through

It was a good game. American fans want to see the U.S. National Team win, but also want to see the team play well. They went toe-to-toe with one of the top-five teams in the world, and were a little bit better today. This performance was better than the last one. This gives the team hope, strength and confidence heading into the Iran game. Gregg Berhalter has talked about this being two tournaments. You have the group stage tournament, and then you have the knockout tournament. To get through the group stage, it doesn’t really matter if you finish first or second, it just matters if you get through. Now, Team USA has put themselves in a position to get through.

Beasley: Everybody stepped up

Everyone for the United States stepped their game up today. Everyone played better today. That middle four was excellent. They needed that type of performance for themselves going into Iran.

Matt Turner saves a wicked shot off England’s Mason Mount in 45’+2′ to hold a 0-0 tie at halftime for the United States.

It shows that this team is getting closer. This team never looked out of place. They controlled the game. Even when the U.S. was suffering a little bit from the English attack, there was some heroic defending, all things considered.

It wasn’t a good day for England. It was a big build up, but maybe this team isn’t as good as they think they are. It might be a bit of a wakeup call, which is not a bad thing to have in the group stage.