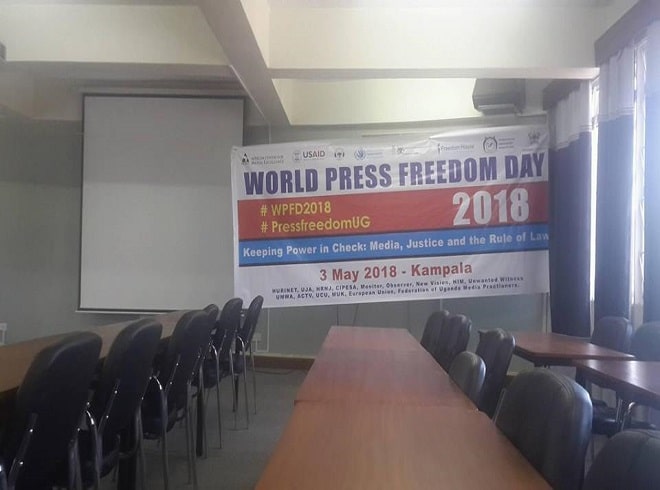 Today 3rd May is the world press freedom day, the journalists in Uganda through their association the Human Rights Network for Journalists have started walking on the streets  to go the railway play ground where the ceremony is taking place . This year’s celebrations are rhyming to a theme “Keeping Power In Check: Media, Justice and the Rule of Law”

But according to a report released  by Robert Ssempala the Executive Director, Human Rights Network for Journalists(UHRNJ), journalists are facing a big challenge of  police and its increased violation of their rights.

“Most of the time our cameras are taken ,fellow journalists are denied access to information at some occasions ,we can’t forget what happened when we were covering Kirumira the former DPC in Nansana”   He says.

He therefore calls upon the government and the police to respect the profession of the journalists as a fourth estate. Several reports have proved that journalists  have been denied their rights and freedom all over the  world especially by ruling governments.