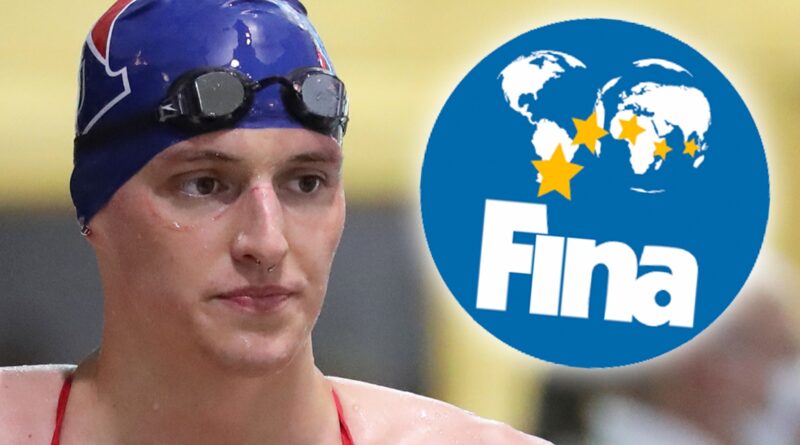 Lia Thomas‘ participation in women’s swimming has reached a breaking point — because the world’s governing body for the sport has weighed in … and their ruling is against her.

FINA — French for the the International Swimming Federation — came down with their decision this weekend regarding transgender athletes (specifically trans women) partaking in elite women’s swimming … and they say it’s a no-go going forward, with caveats.

The org’s new policy says male-to-female swimmers who transition before age of 12 or before the Tanner Stage 2 of puberty — whichever comes later — can compete in women’s events. The reason … they say there’s no question a trans female athlete that has already gone through male puberty has an unfair physical advantage over cisgender females.

They reached this conclusion based on multiple studies, reports and presentations by 3 specialist groups, who offered their findings to FINA — made up of members from 152 national federations — which then voted … with a 71% majority in favor of this decision.

FINA members voted 71.5% in favor of a policy that only permits swimmers who transitioned before age 12 to compete in women’s events. https://t.co/2fZ93vZb08

In the wake of this coming down, a rep for the Prez of FINA told AP, “This is not saying that people are encouraged to transition by the age of 12. It’s what the scientists are saying, that if you transition after the start of puberty, you have an advantage, which is unfair.”

The spox adds, “They’re not saying everyone should transition by age 11, that’s ridiculous. You can’t transition by that age in most countries and hopefully you wouldn’t be encouraged to. Basically, what they’re saying is that it is not feasible for people who have transitioned to compete without having an advantage.” They clarified there are no trans women currently competing in elite levels of swimming … presumably, meaning international competition.

One thing FINA is considering to be inclusive to trans swimmers … an “open competition” category. It’s ill-defined at this point, but they’re tasking a team to investigate it further.

It’s unclear if FINA’s new rules are going to be adopted by agencies like the NCAA, which currently permits people like Lia to compete in collegiate swimming. She made history this year by winning a national title in women’s swimming, the 500-meter freestyle.

It worked! I took a lot of heat – but what’s fair is fair! If you go through male puberty you should not be able to take medals away from females. Period. https://t.co/qqZq7gnt6g

In any case, some people are welcoming the news … including Caitlyn Jenner, who’s been advocating for such change for a while now — saying trans female athletes have an undeniable physical advantage over their cisgender competition, as have many others.

She wrote, “It worked! I took a lot of heat – but what’s fair is fair! If you go through male puberty you should not be able to take medals away from females. Period.”

Lia herself doesn’t appear to have commented publicly yet.