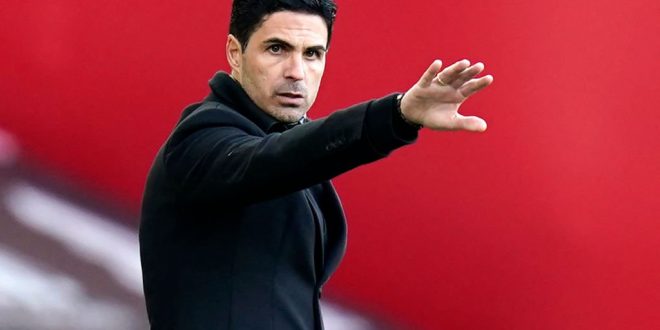 ‘Would be something special’: Some Chelsea fans react to next Arsenal manager rumour

Chelsea fans have reacted on Twitter to their former manager, Maurizio Sarri, being linked with the Arsenal job.

Football Italia have claimed that Sarri, who won the Europa League with Chelsea, has held talks with Arsenal.

It is said he has held talks over potentially replacing Mikel Arteta in the Arsenal dugout.

If Sarri were to become Arsenal manager then it would cause shockwaves across North London, which would be felt at Chelsea, no doubt.

Whilst Sarri was ruthlessly sacked by Chelsea after winning the Europa League, he did end with a win percentage of over 60, and that’s something that the Arsenal faithful would no doubt take right now.

The reaction from the Chelsea supporters, in regards to Sarri potentially returning to the Premier League, is pretty mixed.

Some feel that Arsenal will be heading down yet another tough road, whilst others think that the Italian was disrespected during his days at the club.

Either way, if Arteta’s Arsenal are knocked out of the Europa League tonight then it will be difficult to see how he stays in the job.

Last season, he had the FA Cup to fall back on, but this around, there would be no trophy and a potential 9th, 10th or even 11th place finish.

Chelsea sacked Frank Lampard back in December and now they are preparing for a Champions League final under Thomas Tuchel.

Even Spurs kicked Jose Mourinho out of the door and they are sitting higher than Arsenal in the table, so it will be interesting to see how things pan out for Arteta if things go wrong at the Emirates tonight.

Nonetheless, here is a selection of Chelsea fans reacting to those Sarri to Arsenal rumour: