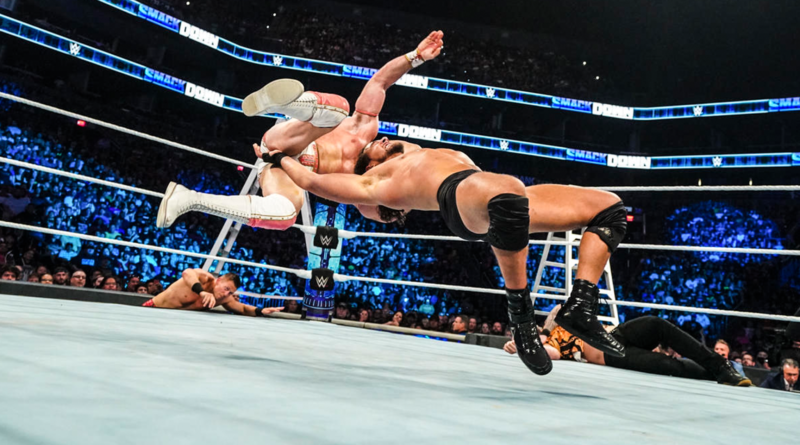 Madcap Moss qualified for a Money in the Bank match by defeating three other Superstars this week on WWE SmackDown.

Friday Night SmackDown’s biggest stars collided as Lacey Evans, Raquel Rodriguez and Shotzi faced off against Liv Morgan, Asuka and Alexa Bliss in a Battle of the Brands.

– Madcap Moss defeated The Miz, Happy Corbin and Ezekiel via pinfall to earn the final spot in the Men’s Money in the Bank match

The duo consists of former Retribution member Mace (now known as ma.çé) and Mansoor (now known as mån.sôör), both sporting fashionable looks on the entrance ramp as photographers took their pictures.

Neither performer was being used very much in their previous roles, so this should be a fruitful change.

Madcap Moss, The Miz, Ezekiel and Happy Corbin went face-to-face on Friday Night SmackDown in a Fatal Four Way ahead of Money in the Bank.

Madcap Moss getting the final Money in the Bank spot was a good call.

He’s in need of direction following his program with Corbin, and this at least makes his character look to be focused on leveling up.

“The New Vicious Viking Raiders” continued to lean into their shift in character by wrecking New Day again.

These attacks are doing a good job of re-establishing their dominance.

Kayla Braxton made an interesting comment to The Street Profits regarding talk of trouble in paradise between them.

Whether there’s more to this or not remains to be seen, but it’s worth pointing out as a possible sign of what’s to come this weekend should they lose the Undisputed tag team title match.

For a segment-by-segment breakdown of the show with more of my thoughts, listen to the Raw Roundup podcast in the “Out of Character” feed on Apple Podcasts or Spotify.