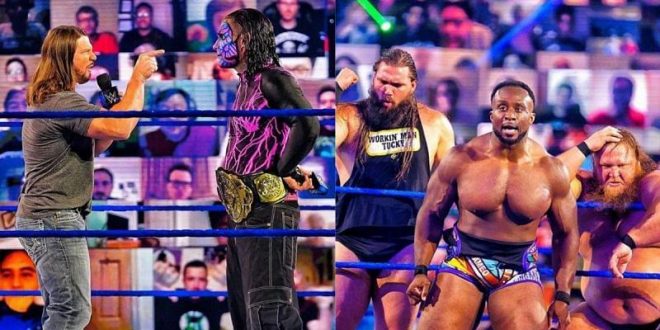 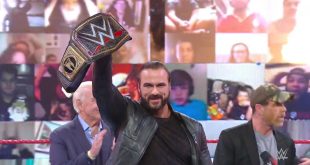 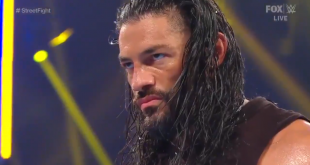 Before SmackDown kicked off, Adam Pearce ensured that security was beefed up after what had happened at SummerSlam and with RETRIBUTION looming over the show. Vince McMahon was present backstage and sent Adam Pearce on a mission to get Roman Reigns, Braun Strowman and The Fiend Bray Wyatt’s signatures on the match contract for the Universal Title bout at Payback.

Jeff Hardy kicked off yet another night at the WWE Thunderdome, only two days away from Payback. Hardy got on the mic and was talking about his first title match after his win last week. AJ Styles interrupted him and called him a cheater for using his knee brace in the match.

AJ said he was not cleared to compete and Hardy said he was going to give a title shot to anyone but him. AJ shoved Hardy and Jeff punched him down before proceeding with the open challenge on SmackDown.

We returned after a break to see Shinsuke Nakamura in the ring with Hardy. Nakamura was hit with a snapmare takedown and Hardy was in control of the match. Nakamura hit the injured knee of Hardy and took him down as AJ cheered him on from the SmackDown commentary table.

Backstage, Cesaro was not happy about Shinsuke facing Hardy without letting him know first. In the ring, Hardy dodged a knee strike and sent Nakamura outside before tossing him into AJ over the announce desk. Back after another break on SmackDown, Hardy hit the Whisper in the wind.

Hardy hit Nakamura with the knee brace and followed up with a Twist of Fate and the Swanton Bomb to get the win on SmackDown.

After the match, Sami Zayn returned with the original Intercontinental title belt and called Jeff an impostor before kicking him down on the ramp. What will this mean for our current champ? 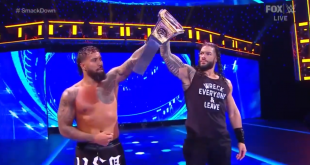 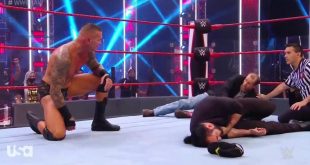