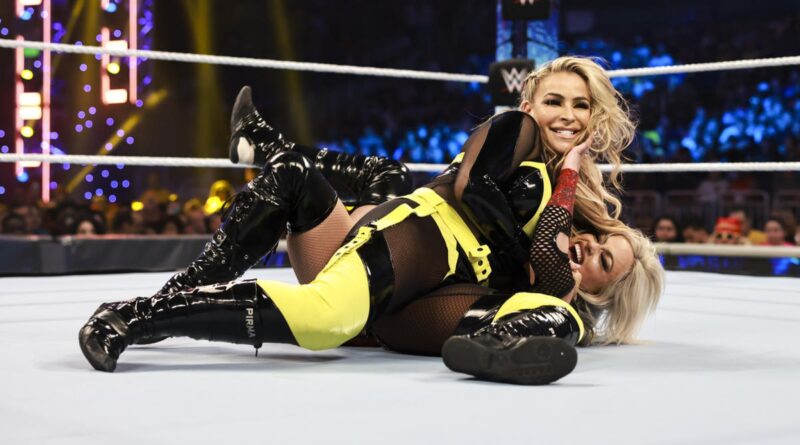 This week on SmackDown, the SummerSlam guest referee for Street Profits vs. The Usos was made official.

Here’s a brief rundown of the match results:

Liv Morgan shows off her champion moves vs. Natalya on Friday Night SmackDown

SmackDown Women’s Champion Liv Morgan went one-on-one with Natalya on Friday Night SmackDown as the rivalry continues to get more and more personal.

– Angelo Dawkins defeated Jimmy Uso via pinfall, but the ref didn’t see Jimmy’s shoulder was up the whole time

This was the most newsworthy part of the show, as the reveal had been hyped up by the broadcast team beforehand, and Double J only recently returned to the company as senior vice president of live events.

Jarrett is a local legend in Nashville.

Therefore, the WWE Hall of Famer will receive a solid pop from the crowd, and his involvement will most likely consist of merely stopping Sami Zayn from interfering via guitar shot.

No harm, no foul (unless you’re Zayn).

Pat McAfee returned to the broadcast desk this week, but not before being confronted by Happy Corbin.

This was an entertaining segment that further proved McAfee’s mastery of the microphone in WWE.

Pat McAfee opened Friday Night SmackDown after signing a multi-year extension with WWE, calling out Corbin and vowing that he will not let him off easy at SummerSlam.

Another addition to Maximum Male Models was teased for next week – Max Dupri’s sister, Maxxine Dupri.

Who do you think it will be?

After defeating Natalya on the show, Morgan cut a promo regarding her upcoming title defense against Ronda Rousey.

Despite being the underdog heading into SummerSlam, Morgan continues to look like she belongs at the top of the card.

For a segment-by-segment breakdown of the show with more of my thoughts, listen to the Friday Night SmackDown Roundup podcast in the “Out of Character” feed on Apple Podcasts or Spotify.