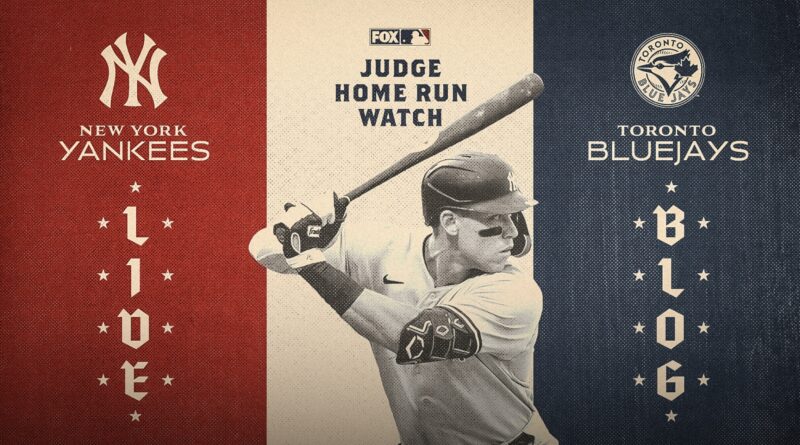 Aaron Judge and the New York Yankees clinched the AL East on Tuesday with a 5-2 win over the Toronto Blue Jays, as Judge remains one home run away from tying Roger Maris’ long-standing American League record of 61.

Judge will get another chance to make history on Wednesday in Game 3 of the New York Yankees’ three-game series against the Toronto Blue Jays (7:07 p.m. ET).

Here’s how Judge fared on Tuesday:

How did Judge’s fifth at-bat end up? Take a wild guess.

Fourth at-bat: Base on balls

Judge was doing a lot of walking on Tuesday, as he registered his third BB of the game in the top of the sixth.

Judge was walked for a second time on the night, this time in the top of the fifth inning. Since Judge hit his 60th home run, he’s been walked 10 times.

It seems as if Judge gets walked nightly, and Tuesday was no different. He was walked for the first time in the top of the third inning.

In his first trip to the plate, Judge lined out to third in the first inning.

Looking for more Aaron Judge content? We’ve got you covered below!

Want to see all 60 of Judge’s home runs so far this season? Say no more.

A-Rod: “Judge’s legend has only grown”

Former Yankees great Alex Rodriguez discusses Judge’s historic season and why it’s even more impressive considering he’s doing it as a member of the Bronx Bombers, a franchise on which the bright lights rarely dim.

Ken Rosenthal talks to the children of New York legend Roger Maris about Aaron Judge chasing the Yankees’ record for most home runs in a single season.

FOX Sports’ Martin Rogers says that Judge’s pursuit of history is not only a chance for fans to revel in his magnificent ability, but to also remember the titans of yesteryear, such as Babe Ruth and Roger Maris.

The Yankees’ slugger is one home run away from Roger Maris’ AL record. Nick Wright explains why he believes Judge’s run “might be more impressive than Barry Bonds’ 73.”

Despite Judge’s statistical brilliance — he’s on his way to winning the AL Triple Crown — there is a superstar in Los Angeles that is putting up numbers never seen before for a second consecutive season, on the mound and at the plate.

Ben Verlander and Alex Curry give their weekly American League MVP update as both Aaron Judge and Shohei Ohtani continue to make their case for the award.

Will the Yanks retain Judge?

Crazy thing to think, isn’t it?

Judge is a free agent after this season, and given his dominance this year, his price tag will be … steep.

Is it possible he could make his way out of The Big Apple?